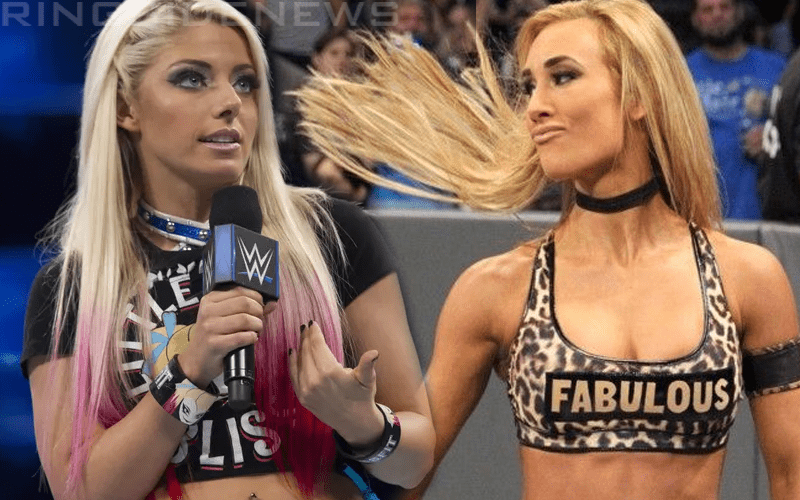 Carmella’s arrival on the WWE main roster surprised some fans, but she was pushed and eventually became SmackDown Women’s Champion. This run was entertaining, but she had James Ellsworth by her side to help out. Now Mella is paired up with R-Truth and their dance breaks are extremely popular, however, Carmella is still not completely a solo act.

R-Truth and Carmella recently hinted at being WrestleMania hosts for this year’s show of shows. This is a position that is already booked for Alexa Bliss. When the Five Feet Of Fury heard that they were wanting her gig, she had to throw a little shade at The Princess Of Staten Island.

Haha aw this is cute . But Maybe the person who can be a solo act & who has never needed a male sidekick … idk just sayin

Alexa Bliss was paired up with Blake and Murphy in NXT and helped lead that team to NXT Tag Team Titles. However, she’s been a solo act since her arrival on the main roster.

This could have been said as a joke, but Bliss is right. Maybe WWE will let Carmella go off on her own eventually, however, in the mean time it looks like she’s still partnered up with R-Truth.