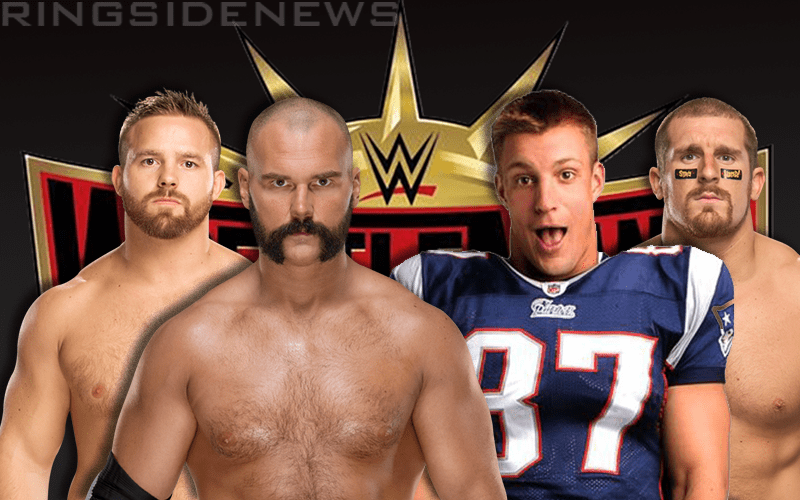 The Revival are the current RAW Tag Team Champions, but they are without a match right now at the show of shows. At the same time, Rob Gronkowski just announced his retirement from pro football. This seems like a perfect opportunity if you ask The Revival.

Gronk has teased a career in WWE in the past and his best friend IRL Mojo Rawley has been brooding in front of a mirror for weeks and we don’t know why. Let’s put the pieces together. At least that’s what Dash Wilder proposed.

WWE might not have much time left, but there are plenty of chances to add this match to the card if they can work it out. After all, WWE still doesn’t have all of the card worked out quite yet.

Maybe this one could be better saved until WrestleMania 36 instead.