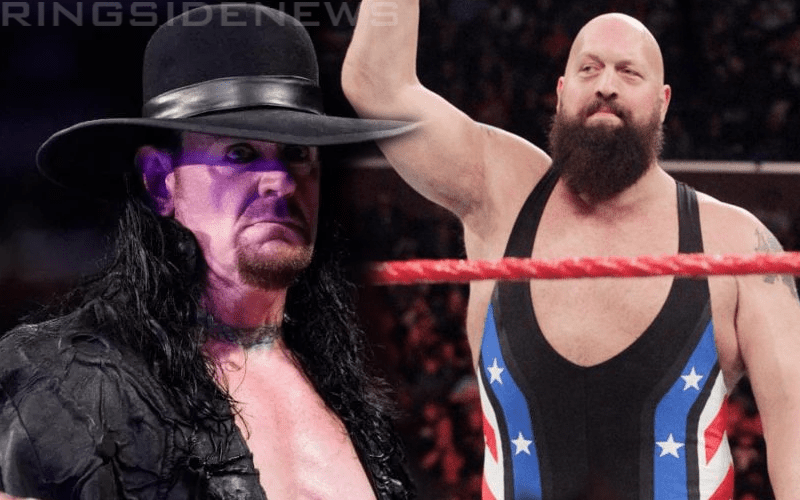 The Big Show created a ton of lasting relationships in WWE through his years with the company and he was fortunate enough to work with several amazing people. The Undertaker is one of those people and apparently, they got very close.

While speaking with SPORTbible Big Show fondly recalled a time when he got a picture from The Undertaker that he wasn’t expecting. Because it was a picture of the Dead Man’s balls.

“We had a great match many years later, one of my favorite matches I’ve ever had. I sent him a text a bit later and said, ‘Hey man, thanks for such a great match, I appreciate everything you’ve done for me, you’re the man’. He sends me a text back and it’s a picture of his balls and he’s flipping me the bird.”

“I didn’t know how to reply to that. I didn’t see him for about a month afterwards and when I did, he just went red and started laughing. I said, ‘Yeah thanks for that’ and he asked, ‘Well, did you get the message?’. Yeah, loud and clear.”

It’s great to have friends in whatever business you’re working in. Things can be quite different in the world of pro wrestling. That won’t stop them from having some fun in the process. Let’s just hope that Big Show deleted that picture because the last thing Taker needs is for that photo to start floating around.