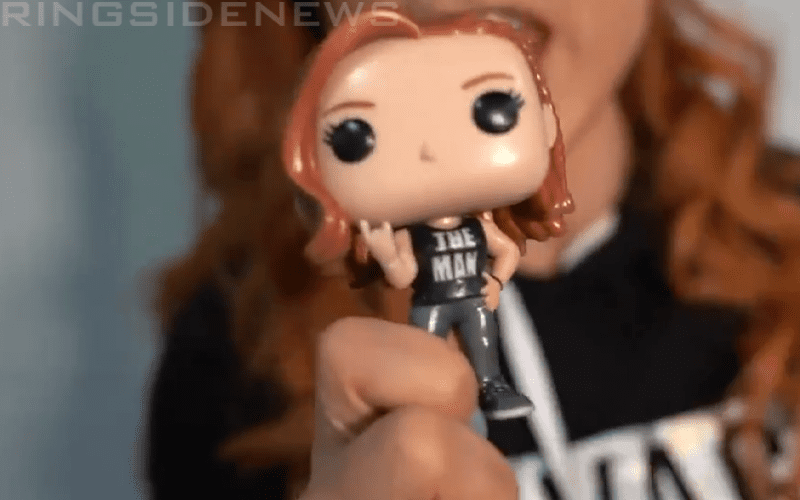 Becky Lynch has experiences a great year so far to match the second half of her 2018. Now she has another big accomplishment to brag about because The Man is now a Funko Pop!

Her Pop Vinyl figure will not be available just anywhere though, because it is an Amazon exclusive. Set to be released in August, her Pop is already receiving a ton of pre-orders.

Becky Lynch’s Amazon exclusive Funko Pop Vinyl figure is currently sitting at #2 on the massive website’s toys section. The only toy and/or game that topped The Man’s Pop is a game called: “Buzzed – This is The Drinking Game That Gets You and Your Friends Wasted!”

Lynch will certainly be enjoying some bonus merch money around WrestleMania as her t-shirts and apparel is certain to fly off the shelves on the week leading to her WrestleMania main event. Now she will have a check from Funko to look forward to as well.