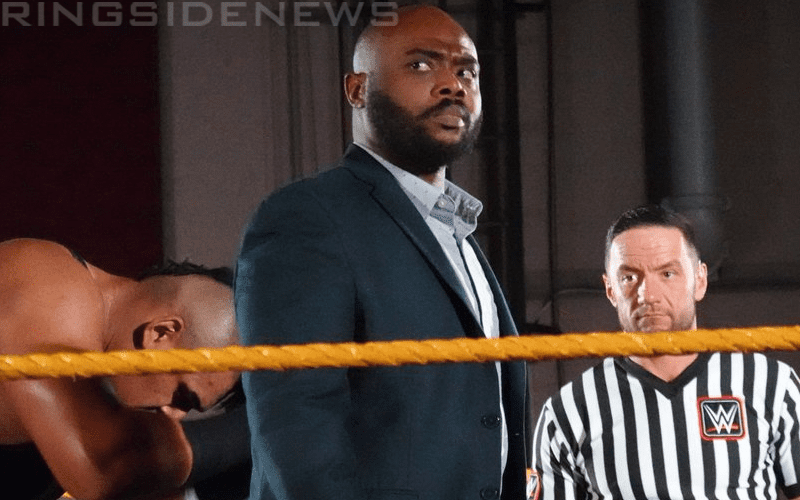 Stokely Hathaway’s signing to WWE’s NXT brand made a lot of fans happy. Now they will have to start calling him by a different name.

It’s nothing new for WWE to change-up a Superstar’s name when they come in from the indies. They’ve been letting it slide more often than not recently, but Hathaway is no longer Stoke’s name.

At tonight’s NXT house show, Stokely Hathaway was introduced are Court Moore. He was managing Babatunde and as you can see from the pictures, they make a great fit together.

As we previously reported, WWE had an idea batted around about bringing Court Moore in a while ago to manage the AOP. Obviously, they went with Drake Maverick for that role, but it looks like WWE found another big man for Moore to stand behind.