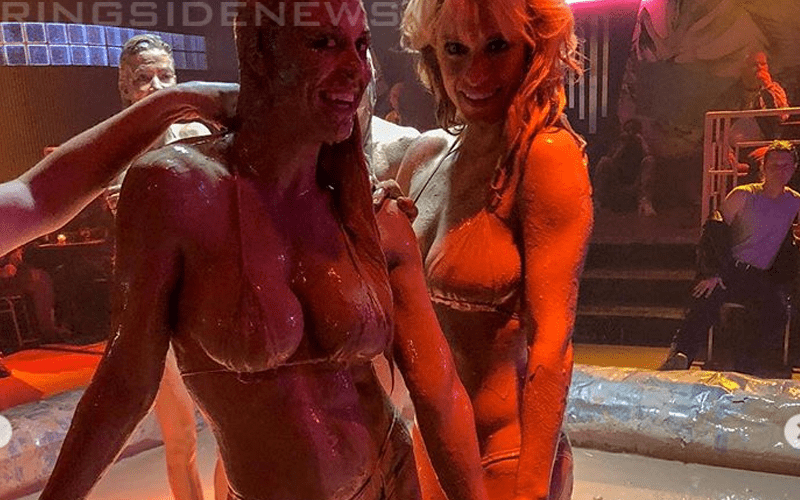 Netflix contains a lot of quality content and that includes the new Mötley Crüe biopic called “The Dirt.” During this movie, former Impact Wrestling Knockout Taryn Terrell is featured as a mud wrestler and she was more than happy to be included.

Terrell’s husband also apparently acted in the film in a stuntman role. He didn’t get in the mud though because that was her role to play. He had a car crash to get into.

The Dirt on @netflix is out today! Stoked to have done stunts on this one as one of Hollywood Tropicana’s Mud Wrestlers! @motleycrue
My husband @joevertical also doubled @thevinceneil reenacting the tragic crash that forever changed the band Hanoi Rocks.

You can check out pictures that she posted on Instagram in the post that included her quote. This just goes to prove that you never know where you’ll see someone next after they leave pro wrestling.