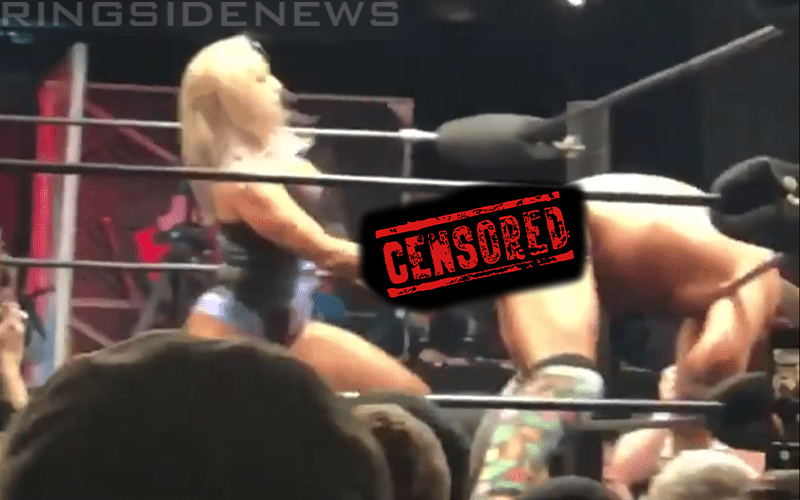 Joey Ryan is known for a lot of things as the King Of Sleaze, but he didn’t see this one coming. His signature blowpop gimmick usually works like a charm, but Penelope Ford had one excellent counter.

We’re not 100% sure how things can come to this in professional wrestling sometimes, but that’s also one of the reasons why we love it. Ryan usually puts a blowpop in his own trunks and then later pulls it out to insert it in someone’s mouth. The sucker usually goes to his opponent or a willing fan at ringside. The spot might be over with crowds, but Penelope Ford doesn’t seem to have a sweet tooth.

Joey Ryan recently faced Penelope Ford in an intergender match and she countered his signature blowpop bit by (how do I this delicately?) shoving the candy straight up Ryan’s butt.

All of this went down F1RST Wrestling and it was quite a show. Penelope certainly had some fun mixing it up with Joey Ryan that night. It also makes us wonder what will happen next in this crazy world.