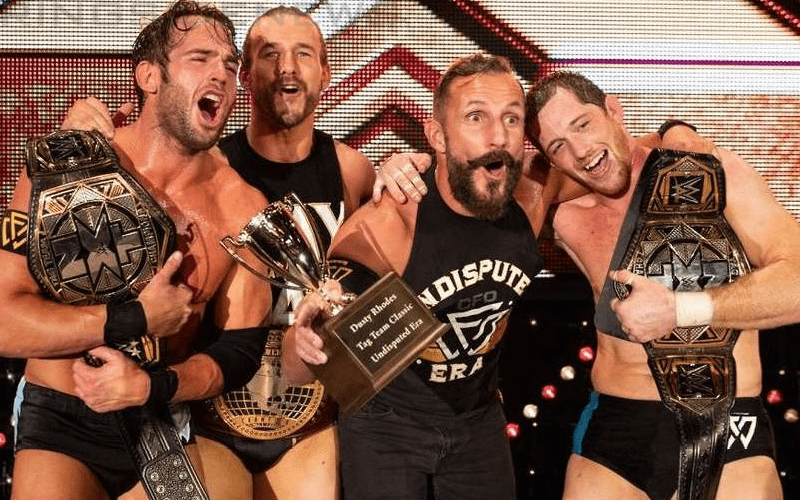 WWE has some interesting plans for NXT following WrestleMania. This is especially true if they end up calling up Shayna Baszler as we have previously reported is a possibility.

Wrestling News reports that there is currently an idea within WWE to move Marina Shafir into the Undisputed Era as a member of the faction.

WWE has been testing this idea out during NXT live events in the local Florida area with six-person mixed tag matches. Shafir was teamed up with The Undisputed Era to take on Punishment Martinez, Matt Riddle, and Mia Yim. If WWE does this, then it could be a very interesting addition to the Undisputed Era faction.

It is also reported that if this happens then “Jessamyn Duke would be pushed as a singles wrestler.”

Shafir and Roderick Strong are married in real life and have a child together. If WWE placed the two together in the Undisputed Era faction it could afford for some realism to be brought into virtually any angle they book for them.