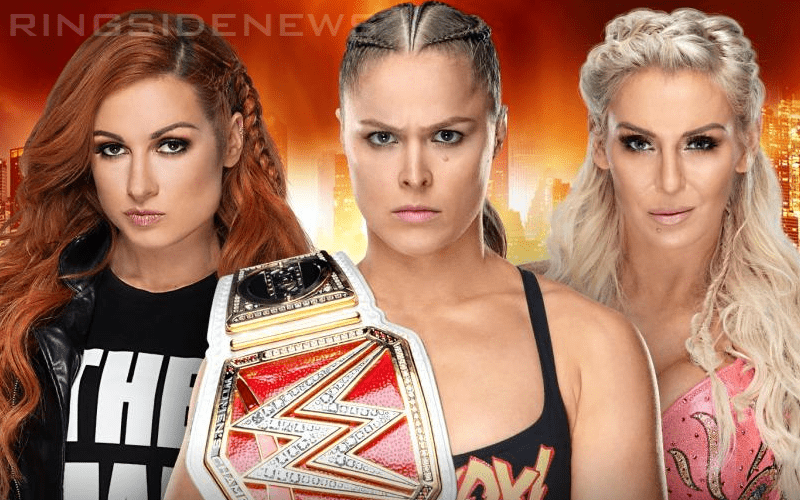 WWE Evolution was a historic event in WWE History. The event concluded with a huge ovation from the entire women’s roster as they celebrated the moment. WWE was planning a huge feel-good moment to close out the show of shows, but that might be on the cutting room floor now.

The company was planning for a big send-off at WrestleMania as well much like how they closed out Evolution. However, with Ronda Rousey being a heel that might have changed WWE’s plans for an emotional embrace after the main event match. After all, those plans were made before the decision was handed down to turn Rousey heel.

The original idea before Becky Lynch was even inserted into the match was for Rousey and Flair to embrace each other in the middle of the ring following the Mania main event. We have been told that Stephanie McMahon was supposed to come out along with the women’s division to give the competitors a round of applause along with a sold-out MetLife Stadium. Now those plans might have changed completely.

The end of WrestleMania might not include an emotional closing segment but the electricity in the stadium will certainly create plenty of excitement regardless if Becky Lynch is able to pull down the win at WrestleMania. At this time the RAW Women’s Title match is still slated to close out the show of shows.