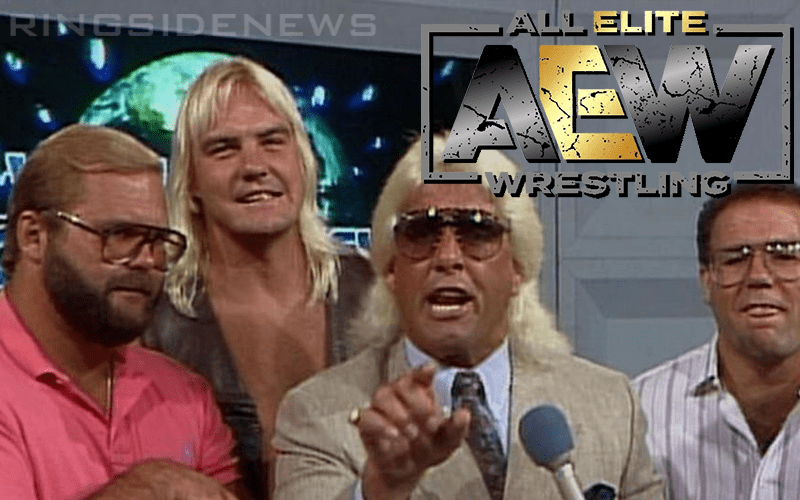 All Elite Wrestling is getting a lot of attention and that won’t stop in the upcoming months. There is a lot more to do with the brand new pro wrestling company and they could have some big deals coming up.

Conrad Thompson and Arn Anderson have put in a trademark on the 4 Horsemen stable name. It is very interesting that WWE didn’t already have that one locked down.

It was suggested in the Wrestling Observer Newsletter that a 4 Horsemen stable could form in AEW with new members. Arn Anderson might also be brought in to manage the new faction. Anderson also interestingly enough put in a trademark on his own ringname as well.

A 4 Horsemen vs The Elite angle has dollar signs written all over it. You can speculate all day on who they might put in the new 4 Horsemen stable, but if you ask us it would take some pretty Good Brothers to fill that role.