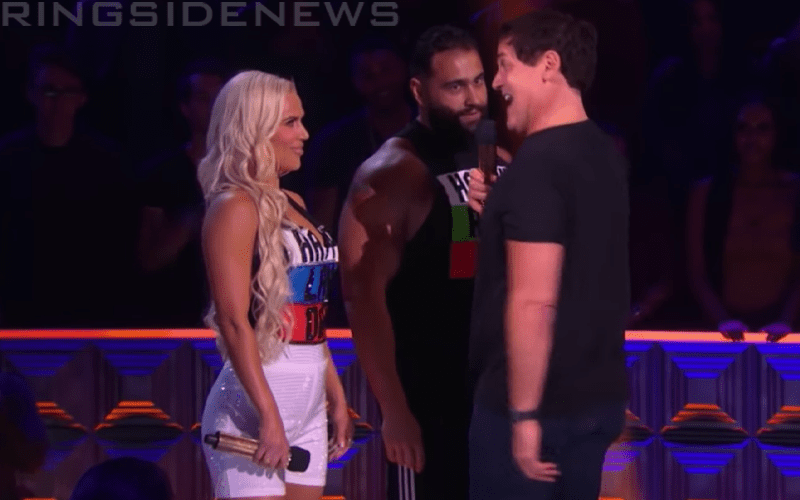 TNT’s “Drop The Mic” has hosted WWE Superstars in the past and they added two more to their list of previous guests. Rusev and Lana faced Mark Cuban and it was the best thing we’ve seen on TNT all year.

Rusev took digs at Mark Cuban’s Dallas Mavericks team and it was adequate. Then Cuban compared Lana to Anna Nicole (Google it, huge burn) and he said Rusev is a “lamer John Cena” before asking Rusev how much he paid for his mail order bride. They might have been selling a little bit, but both seemed pretty miffed at this massive roasting.

Lana and Rusev returned some fire as they traded verses, then Cuban took fire again. In the end, it was Rusev’s day at Drop The Mic because the crowd was super into them and cheered the loudest because that’s how the show determines a winner.

Rusev and Lana obviously had a great time on Drop The Mic and this appearance alone proves that Rusev needs to be able to show more of himself on WWE television.