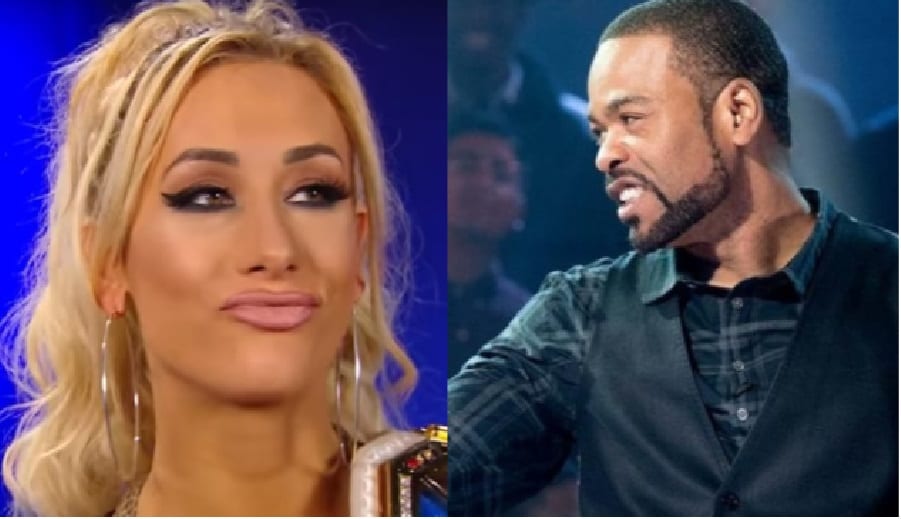 Carmella was recently a guest on Drop The Mic where she had a rap battle with the ladies of Netflix’s GLOW.

Things didn’t turn out too well for the WWE Superstars which included Carmella, The Bella Twins, and Alicia Fox. They got some good lines in but most fans thought they ladies from GLOW had the better burns.

But during the show, it was noticeable that Method Man mispronounced Carmella’s name the entire time he was talking about her. This might have rubbed some of her fans the wrong way but Mella wasn’t shook.

The current SmackDown Women’s Champion commented on Method Man calling her “Camilla” during the show by simply saying that since he’s Method Man he can pronounce her name however he wants.