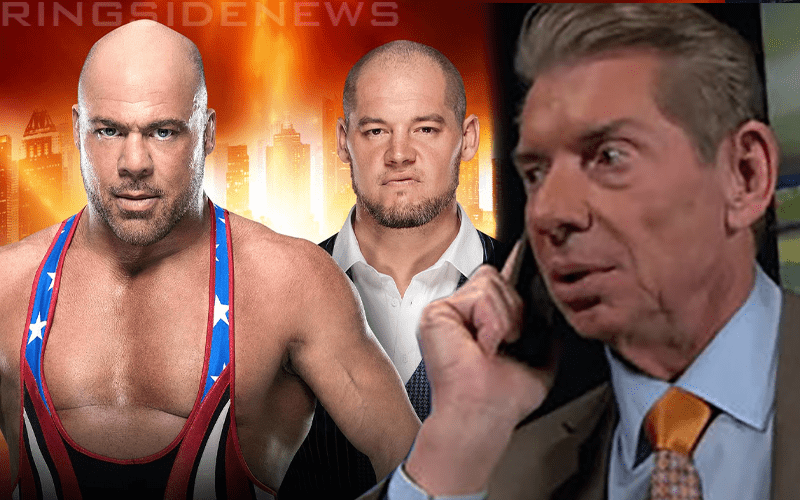 Kurt Angle announced his WrestleMania farewell opponent as Baron Corbin and everyone lost their minds. Nobody seemed happy about this except for Baron Corbin, but it seems the fan backlash might be encouraging WWE to change their minds about this one.

In a day and age where the fans are considered to be more valuable than ever WWE is doing a lot of things that people want to see. They certainly don’t want the WrestleMania crowd dumping on anything that they do for Angle’s farewell match either.

Now Wrestle Votes reports that there is some hope that WWE might change this match because they were blindsided by the negative reaction. Therefore a swap could be coming.

From a source: Angle vs Corbin is being “reconsidered”.

WWE did not expect this type of negative reaction, and thus, they don’t want such a negative feel to Kurt’s final contest.

WWE loves to get heat, but this kind was the real kind that nobody wants and they realize that. Let’s hope their second booking attempt for Kurt Angle’s farewell match is better than their first if they do give it another go.