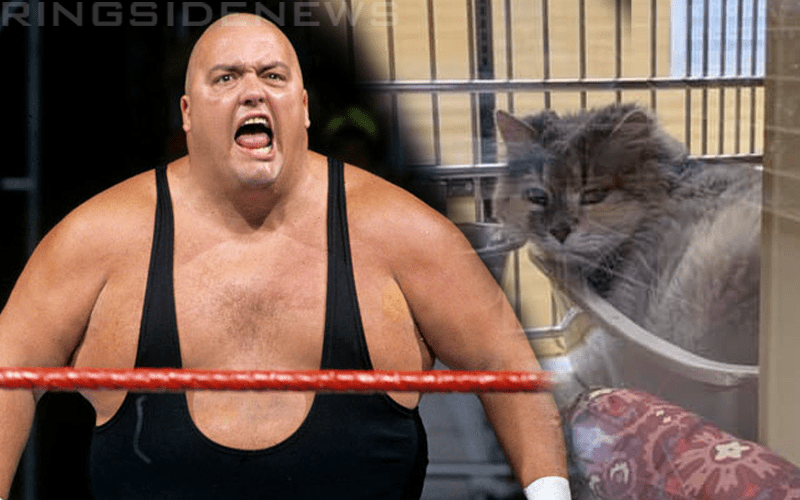 King Kong Bundy passed away far too soon at 63-years-old. He left behind a lot of memories and a family who loved him. He had tons of friends (even though Vince McMahon wasn’t one of them) and he also had cat named Pat. Now Pat has found herself in the pound after he died.

A photo has emerged online of Pat at an animal shelter. The message on her cage really says it all. This is an incredibly sad story and now Pat is without her human and in a strange environment.

“This pretty girl is Pat! She is 15 years old and was brought in when her human daddy passed away — a former pro wrestler named King Kong Bundy. She is gentle and so sweet.”

Hopefully, someone will adopt Pat the cat very soon. She presumably lived 15 years with King Kong Bundy so we can only hope that this will be a selling point so she doesn’t spend too many nights without a new family who will take care of her.