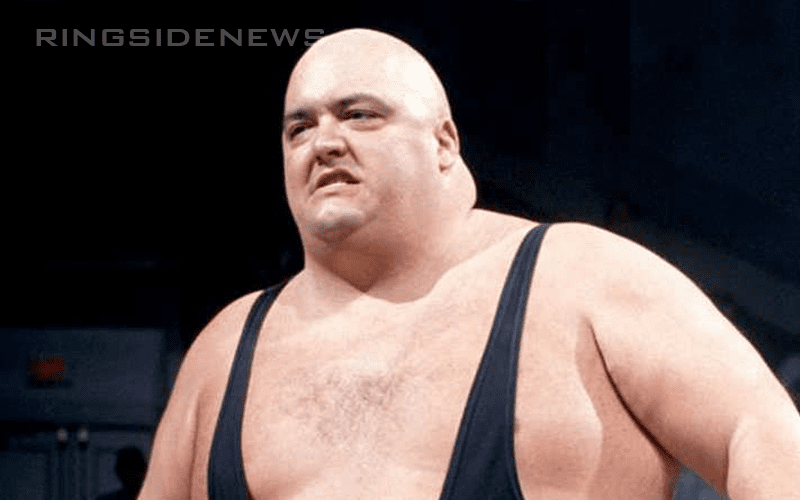 WWE has officially released a statement regarding the passing of WWE legend King Kong Bundy.

Bundy’s long term friend David Herro made the announcement regarding his passing yesterday, with fans and wrestlers alike paying tribute to Bundy throughout the course of the evening and subsequent day.

Below is the statement that has been made by WWE.

WWE is saddened to learn that WWE Legend King Kong Bundy has passed away.

Bundy was appropriately called the “walking condominium,” standing at an impressive 6-foot-4 and weighing 458 pounds. The sight of Bundy stepping between the ropes was intimidating enough, but his crushing offense proved that he was every bit as destructive as advertised. In fact, Bundy was so dominant that he demanded referees count to five when he pinned his opponents to show that there was no way they were getting up.

The Atlantic City, N.J., native broke into WWE in the 1980s, dominating at the first WrestleMania and memorably challenging Hulk Hogan for the WWE Championship inside a Steel Cage at WrestleMania 2.

Although Bundy left WWE in the late ’80s, he returned in 1994 as part of The Million Dollar Corporation, once again destroying rivals with the Avalanche Splash and proving that he was one of the greatest and most eye-catching big men to lace up a set of boots.

WWE extends its condolences to Bundy’s family, friends and fans.

WWE’s statement on the passing of King Kong Bundy

WWE will almost certainly be producing some kind of tribute to Bundy that will air on one of their upcoming shows.