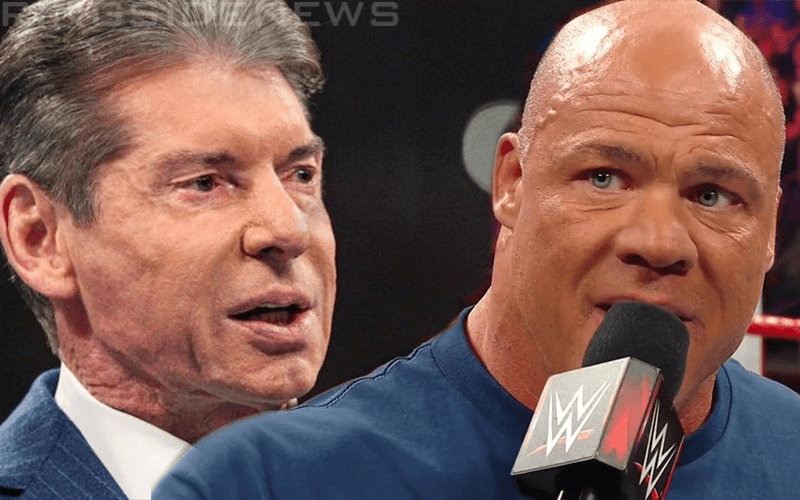 Kurt Angle announced that his farewell match will be against Baron Corbin. There was nobody rejoicing over this news except for Baron Corbin. Fans tore the decision apart and hated everything about it. In fact, it went viral for an incredibly bad reason.

Gail Kim was one of the people who did not love this news at all. She wanted better for Kurt Angle in his last match and it’s not hard to see why. She blew up Twitter over this announcement and then commented about it on Instagram as well.

“Vince is an asshole but you’re Kurt f*ckin Angle and you will make this match memorable no matter way… Bc you’re Kurt F*ckin’ Angle!!!”

Then she advised a fan who supported this match to “go eat your Booty O’s and drink the Vince McMahon Kool-Aid while watching the network.”

Gail Kim isn’t the only person who was upset either. Kurt Angle’s own wife tweeted about this lackluster announcement and then was forced to take down her tweets. Matt Riddle was pretty depressed about it as well so he filled this hole with McDonald’s.