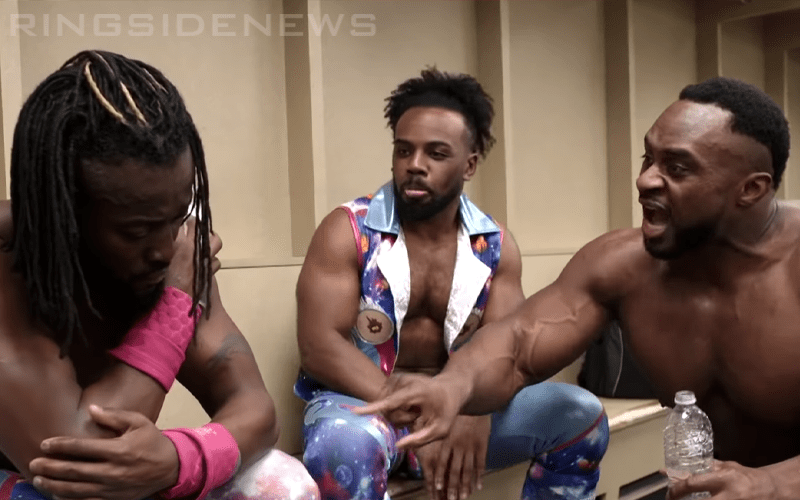 Kofi Kingston had yet another WrestleMania WWE Title match stolen from him last night on SmackDown Live. He won the gauntlet match as he was supposed to do, but then Vince McMahon changed things up again.

This was not a good look for WWE, to be honest. They keep teasing fans and soon enough they might get tired of being jerked around. The New Day certainly seemed tired of it as they vented to WWE’s camera following Tuesday’s show.

Xavier Woods said he’s not surprised because there was no way Vince McMahon would let Kofi Kingston win. Big E said they will punch through the glass ceiling every time, and Woods kept on as Kofi remained silent.

Woods and Big E then came to a consensus that they should quit because they’ve already done a lot in WWE. It’s not Kofi’s fault, but this is Vince McMahon using Kofi as an example to say that he’s the casino and he owns the house.

Then Kofi said he understands that he’s done everything by the book, but if they quit then Vince McMahon and Daniel Bryan wins. They decided to go home and think about it. However, this could have been the last straw for The New Day