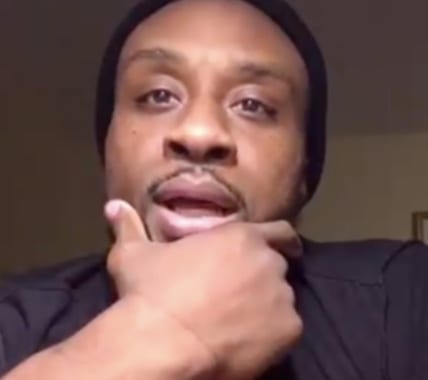 The New Day member Big E has released a fascinating video following the events of SmackDown Live this week.

Big E’s teammate, Kofi Kingston, ran the gauntlet on the show last night and actually managed to make it all the way through to the end. It seemed as if he would finally be given his WrestleMania opportunity, only for Vince McMahon to snatch it away when he revealed that Kofi would have to beat Daniel Bryan in one last match.

Kofi failed to do so, as Bryan pinned him and seemingly confirmed that, in storyline, Kingston would not be going to the showcase of the immortals.

During the two-minute video, Big E stated that “people like us” aren’t supposed to reach the top of WWE, and hinted that the group are going to consider their options and whether or not they want to remain with the company.

Going down this kind of route with the story is certainly going to give an interesting edge to it, but it’ll also welcome a lot of mixed reviews regarding how far WWE wants to drag this out. As many fans noted, they’re a bit fed up of seeing the evil authority figure angles being played out over and over again.

At this moment in time it remains to be seen whether or not Kofi will get his WWE Championship match against Daniel Bryan at WrestleMania 35, but either way, this is a fascinating development from E as the WWE Universe continues to invest in the idea of Kingston heading to the main event scene.