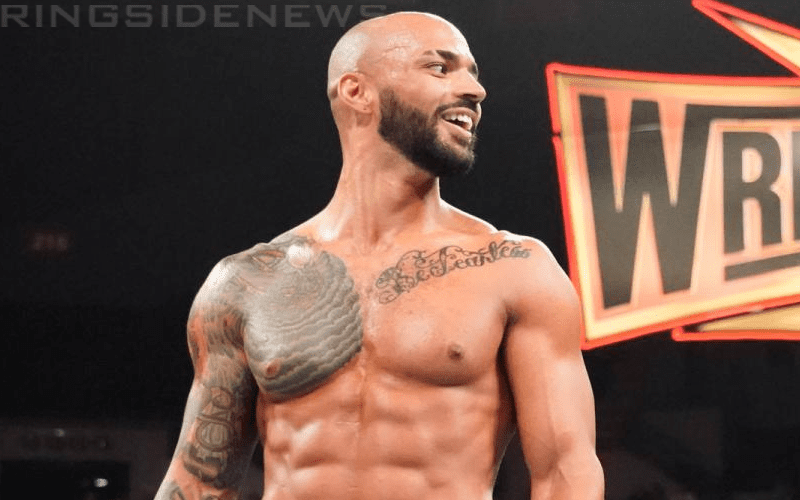 Ricochet was one of the four main event NXT Superstars that Vince McMahon called up to the main roster at the same time. Since his arrival, he is being pushed heavily alongside Aleister Black, but NXT will miss both of them.

Former WWE writer Kazeem Famuyide recently appeared on Wrasslerap where he explained just how much Ricochet meant to NXT and how he won’t be as important on the main roster. After his signing, there was a noticeable rise in ticket sales for NXT live events because everyone wanted to see the One And Only.

“The Halftime Heat Crew (Adam Cole, Aleister Black, Johnny Gargano, Velveteen Dream, Tommaso Ciampa Ricochet) was more important to NXT than they are to Raw. Because they are a traveling brand and sell tickets.”

Ricochet will hopefully become a main event name on the main roster. His size might be an issue, but he never let that stop him before. Perhaps in time NXT will sign another white-hot name from the indies to drive up ticket sales again, but they might experience a slight drop now that Ricochet is no longer around.