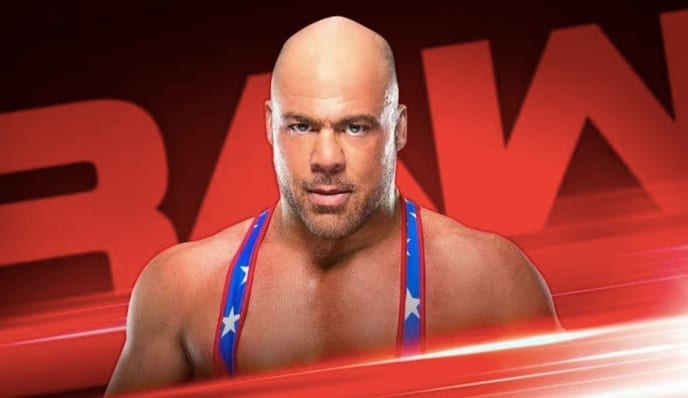 As seen on Sky Bet, the betting odds for who will be Kurt Angle’s WrestleMania opponent have been released.

Angle revealed on Monday Night RAW last week that he would be retiring at WrestleMania 35, which kicked off a series of rumours and speculation over who his final opponent will be. Some want to see him take on a legend, whereas others want to see him go one on one with a modern day star.

Whatever ends up being revealed tonight on RAW, which is when Kurt is expected to make his announcement, we can expect one hell of an effort from the Olympic Gold Medallist on the grandest stage of them all.

According to the odds, John Cena is currently the favourite to take on Angle at WrestleMania at a price of 4/6. Baron Corbin is the second favourite at 9/2, with Finn Balor coming in as the third favourite at 9/2. The top five is finished off by The Undertaker (5/1), and Shelton Benjamin (10/1).

John Cena’s first ever match on the main roster was against Kurt Angle, and it feels like it’d make sense for Kurt’s final match in professional wrestling to come against the very same man. It’s been one hell of a 17 year journey for these two men, but they always seem to have been connected to one another in some way, shape or form.

It certainly feels like there are some Shawn Michaels vs Ric Flair at WrestleMania 24 vibes going on here, as one legend prepares to finally put the career of another to rest once and for all.