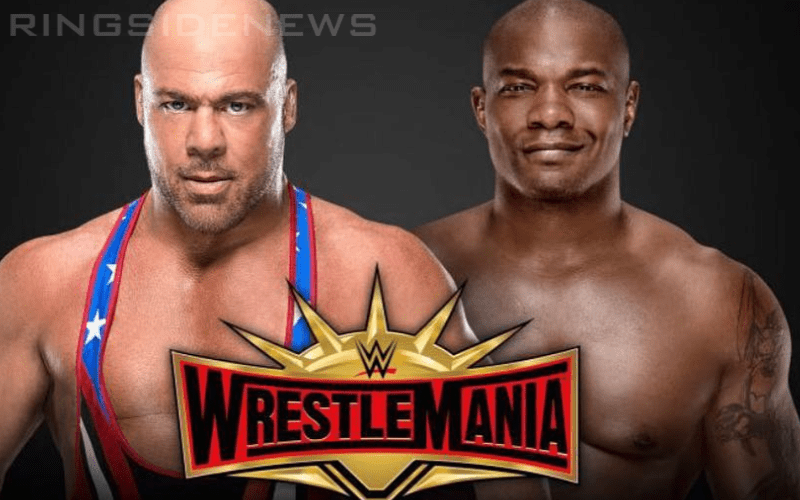 Kurt Angle’s farewell match is coming soon and we might only have a few more chances to see him in the ring before WrestleMania. There is a lot of speculation about what WWE might book as Kurt Angle’s WrestleMania match this year, but Shelton Benjamin had an idea The Olympic Hero loved.

Shelton Benjamin tweeted out a picture of himself and Angle in front of a WrestleMania logo. Along with the image he said: “WrestleMania, guaranteed instant classic, and WRRRRESTLING!! I’m Game. It’s true. Let’s make it happen.”

Kurt Angle replied saying “I’m Game” which is a very positive sign that this match could become a possibility.

Then again, Shelton got this image from WWE’s list of Angle’s possible WrestleMania opponents. So it might be more possible than some would think.