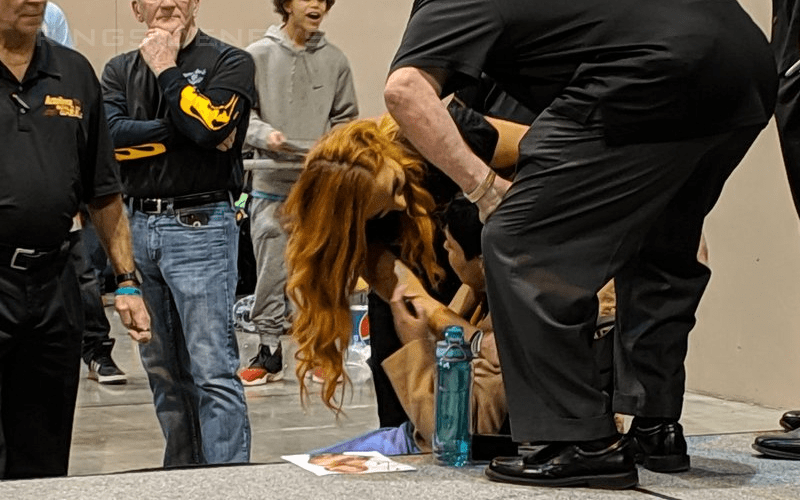 Becky Lynch has a lot of fans that care about her and it turns out that she is willing to go the extra mile for her fans too. At a recent signing, one fan had a seizure and The Man jumped to be right at her side.

A fan account told about Becky Lynch’s babyface actions while explaining what happened. Lynch started out by hopping the rails and taking a picture with a lady who couldn’t make it up the stairs. However, the public service did not stop there. Because when a fan started having a seizure, Lynch was right by their side until things got better.

I almost forgot to tell you guys, Becky Lynch is a really f*cking good person. A girl had a seizure in line at the signing, started shaking uncontrollably and couldn’t make it up the stairs. Becky ran and held her tight as she could for like 5 minutes until it completely stopped.

This is exactly the kind of PR that WWE needs and Becky Lynch is a great representative for the company. There are a lot of WWE Superstars who might have done the same thing, but The Man was there and put her words into action.

Kudo to Becky Lynch for this one.