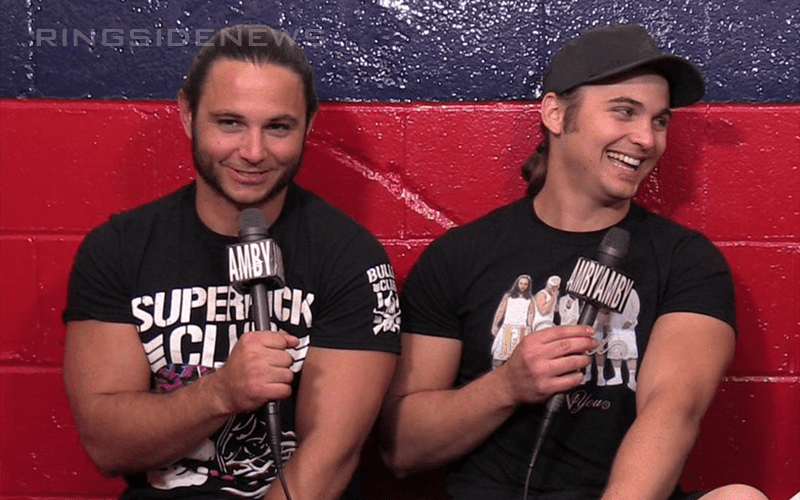 The Young Bucks are on the top of their games right now. They were voted tag team of the year in the Wrestling Observer Awards which is far better than anything WWE received from those awards. Yesterday was Matt Jackson’s birthday and his brother Nick sent out a nice throw-back picture with a B-day message, however, one fan had something to say about this.

This fan replied to Nick Jackson’s tweet by saying: “Oh wow, so you guys always looked like white trash redneck rip-offs of The Rockers, at least they had talent, you guys just rip off every great little guy tag team from the and . But who’s Shawn and who’s Marty.”

Nick Jackson had a reasonable reply that was also in tune to the kind of humor we have come to expect from The Young Bucks.

This is definitely a normal response to my birthday wishes for my brother.

You can check out the photo that he posted below. The Young Bucks have certainly grown up considerably. If anything, at least they have way more money now than they did when snapping that picture years ago.