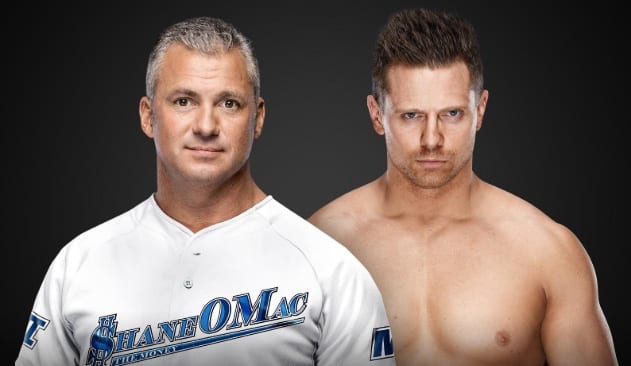 As seen on Sky Bet, the early betting odds for The Miz vs Shane McMahon at WrestleMania have been released.

The pairing of Miz and Shane always did feel a little bit ‘off’, but as time went on, it seemed as if more and more fans were interested by their growing chemistry. The expectation was that one of them would turn on the other leading into WrestleMania, and in the end, it was Shane-o-Mac that made his way over to the dark side.

He beat The Awesome One to a pulp at Fastlane, which went down in his hometown of Cleveland. After that, he proceeded to attack Miz’s father.

In terms of the betting odds, the expectation is that The Miz will pick up the win as he’s currently priced at 1/6. On the opposite end of the spectrum, McMahon is a 7/2 underdog.

The match itself will likely feature a few entertaining spots from the top rope, but aside from that, it isn’t expected to be much of a show stealer. With that being said we’re still interested to see how the babyface/heel dynamic plays out between the former tag champions, especially considering the reservations fans have had about Miz as a good guy in the past.

WWE deserves some credit for the way they’ve been building up to this match over the last few months, and if the betting odds are to be believed, then it’ll be nice to see Miz get his first WrestleMania win since 2013 – which was also at MetLife Stadium.