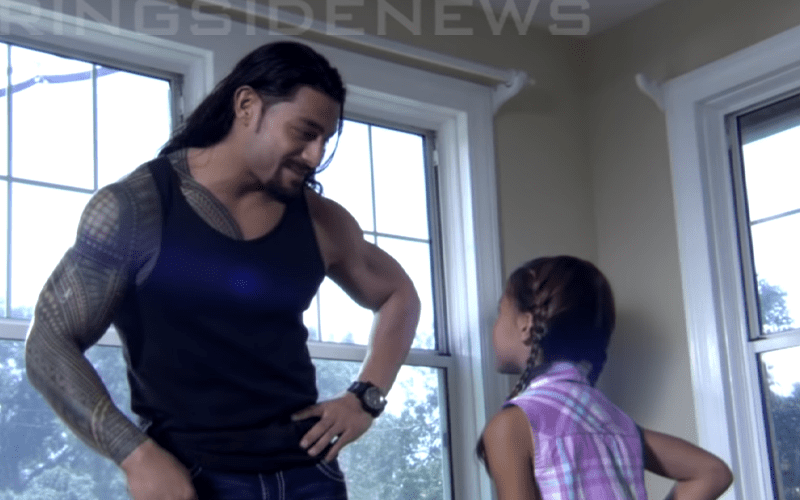 Roman Reigns is back from his medical hiatus and seems to be picking up where he left off. Currently, The Big Dog is in the middle of a WrestleMania program so he might not be on television next week after being attacked by Drew McIntyre, but that is all a part of WWE’s storyline.

While speaking to the LA Times, Roman Reigns was quite candid about how he dealt with his leukemia diagnosis at home. There was nothing fake about that, but he knew that his daughter could be hearing all sorts of things.

“I’ve been with my wife since college, so she has been through this whole process with me. My big concern was my daughter, who is 11. So she’s right at that age where she’s hearing all those misguided opinions and hearing different things from different people. I thought that as long as she hears it from me, ‘This is what is going on with Dad, and I don’t want you to worry,’ that she would be OK. And she’s been great.”

Roman Reigns wanted to make sure that his daughter was aware of what was really going on with her father. This was a very sad situation and our hearts went out for Roman during that time. It is great to have him back and hopefully, he will never have to tell his daughter that his leukemia is back ever again.