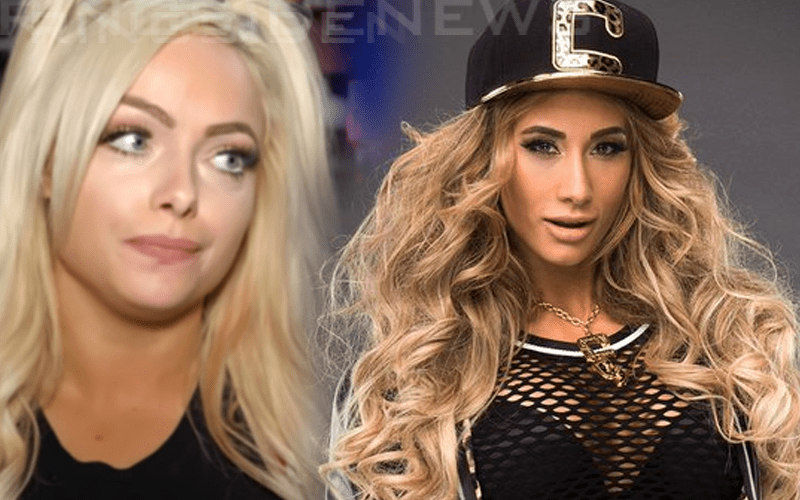 Liv Morgan is the blue-tongued member of the Riott Squad, but she’s a Jersey girl at heart. Carmella, The Princess Of Staten Island is actually from Massachusetts. However, Mella has borrowed some real-life aspects of who Morgan is behind the scenes.

Enzo Amore opened up about this with Title Match Wrestling. He said that Carmella is a great actress because that’s not who she is IRL. However, Liv Morgan is like that in reality and he should know because the two dated for quite a while. Real1 even wrote a song about her.

“She’s a great actress. Let’s just be clear, the girl is from Massachusets. She’s a freaking Red Sox fan, I’m a Yankees fan.”

“I see that with it and she’s done well with it. I’m not hating on it at all, bro. Wrestling is acting. Like, the Undertaker isn’t actually the Undertaker. She’s playing this character from Staten Island, right?”

“I mean to me the real her is Liv Morgan. Liv Morgan is from here. Where we are right now, North Jersey, that’s really her. I know it was difficult for [Morgan] in the beginning stages, watching Carmella doing her schtick knowing that she’s not from our area. But she made whatever happened to her work too you know she got called up to the main roster too.”

You can find inspiration from all different sources. For Carmella, she might have borrowed from the area that Liv Morgan is actually from, but that’s all a part of forming a well-rounded character. Morgan is doing just fine with the Riott Squad so everything worked out for the best.