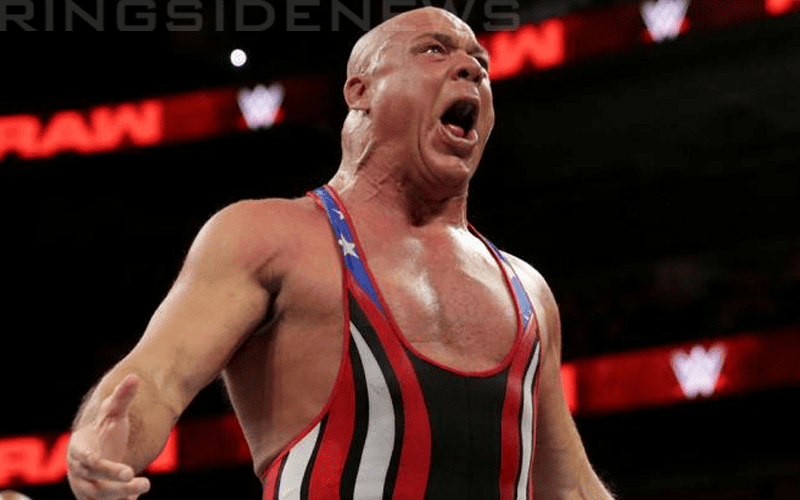 Kurt Angle’s return to WWE was as a Hall Of Famer, but he quickly became the General Manager of Raw and soon found himself as an in-ring competitor once again when WWE needed him.

The Olympic Gold Medalist has wrestled recently, but as we previously reported via Brad Shepard, his days in the ring are numbered. Now there is a new report that WWE is taking “immediate steps” to phase Angle out of his in-ring role.

Rajah reports that WWE had thought about pairing Kurt Angle up with John Cena at WrestleMania, but those don’t appear to be the plans anymore. As for what WWE’s intentions for Angle might be, he could fit nicely into a backstage position with the company.

For those wondering about his future with WWE if he’s not wrestling, as per a company source, the plan has been to extend Kurt with another contract where he would be transitioned into a backstage “agent” type role.

It was also noted that some in the company feel that WWE botched Angle’s return as well. He should have become an in-ring performer before retiring to accept a role as an authority figure. Obviously, the company did that in reverse order.

We will keep you updated right here at Ringside News as more information is made available. At this time it is reported that Angle’s retirement is “imminent.” The timing for this is also very interesting seeing how Raw emanates from Pittsburgh tonight which is Kurt Angle’s hometown.