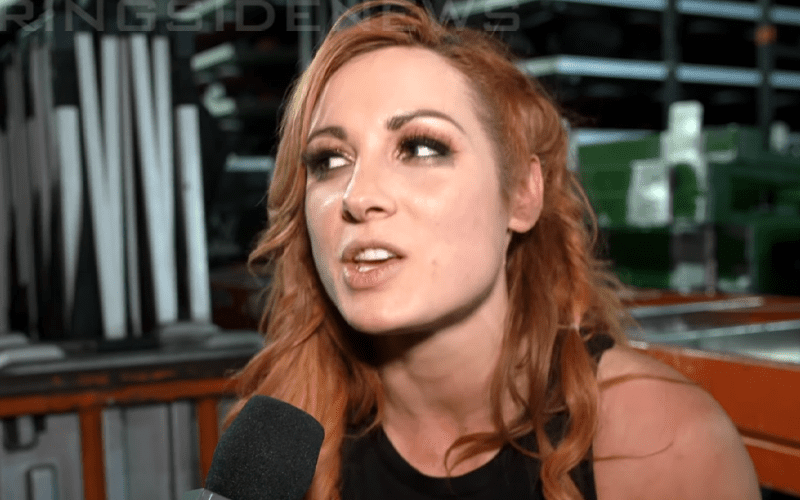 Becky Lynch limped into WWE Fastlane and then she had a match against Charlotte Flair. This was largely a one-sided affair seeing how Lynch was hobbling on one leg the entire time. Ronda Rousey came in and punched Lynch to get her in the WrestleMania match. For The Man, it is obvious that she is in Ronnie’s head.

After her Fastlane victory, Becky Lynch spoke to WWE about how she felt about this match. It didn’t seem to matter to her how she won because she is getting the opportunity back that she deserved in the first place.

Lynch said these actions from Rousey is just like the playbook that she has used in the past. Rousey couldn’t get the gold at the Olympics so she left. Then things were going fine for her UFC while it was easy. The Man recounted Rousey’s time in UFC and how she self-destructed when competition came around while suggesting the same is happening in WWE.

The Man said that she intends on running Ronda Rousey out of WWE after WrestleMania as she takes what is hers: the Raw Women’s Title. She also told a little story about Charlotte Flair being handed everything in her life. Lynch would much rather have a singles match, but at least she will get her WrestleMania moment.

Becky Lynch is showing some vulnerability through this injury, but hopefully, she will be able to wrestle on April 7th with two legs under her.