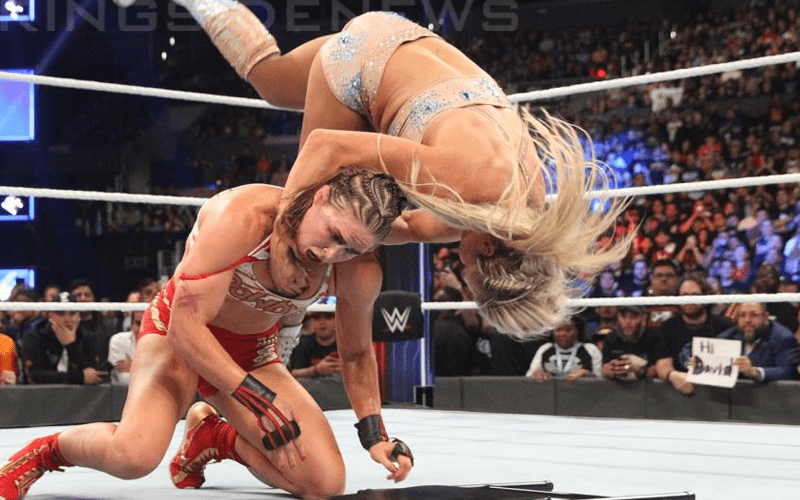 WWE could be moving back to a more mature product soon enough at the encouragement of Fox. Therefore, fans could possibly expect them to start slipping in more content that isn’t typical of a TV-PG show.

WWE realizes what fans want and knows what they will cheer for. This is why they weren’t surprised when the Staples Center crowd popped so huge when Charlotte Flair destroyed Ronda Rousey with a kendo stick at the Survivor Series.

Dave Meltzer mentioned that kendo stick angle during Wrestling Observer Radio. He said that the company understands that fans will cheer for eventful activities. WWE is also aware of the fact that ultra-violence is also something the fans want to see as well.

“It was not a surprise to people in the company that Charlotte got cheered because the feeling in the company now is that people will cheer for ultra-violence at certain points, you know, and also the whole thing is that if they sense something is newsworthy the perpetrator of the thing that is newsworthy is gonna be cheered very often.”

WWE might not have been surprised that Ronda Rousey got booed, but she obviously felt differently. This was one of the biggest sticking points in the scathing promo she released on the entire pro wrestling business, but she also took the time to give the LA fans some special attention.

Perhaps we will start seeing more violent angles in WWE that goes far beyond a typical pro wrestling match. Their policy on blading to draw blood might still be the same (for now), but that doesn’t rule out a sick assault with a kendo stick.