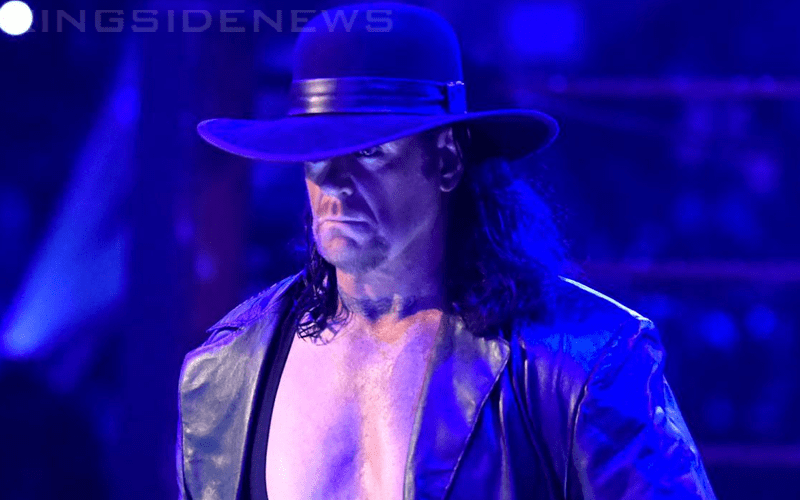 The Undertaker has been booked or yet another non-WWE event.

Individuals will get the chance to meet the WWE Superstar at the Baybrook Mall in Friendswood, TX for a meet and greet. Tickets the the event range between $50 and $150.

This isn’t the first non-WWE event that Undertaker was announced for. Taker was previously announced for Starrcast II during AEW Double Or Nothing weekend. He also has dates booked in the UK for Inside The Ropes on April 30th in London, May 1st in Glasgow and May 2nd in Manchester.

As of this writing, Undertaker isn’t currently booked for WrestleMania or WWE’s upcoming Saudi Arabia event. Many are speculating that his in-ring career could be over.