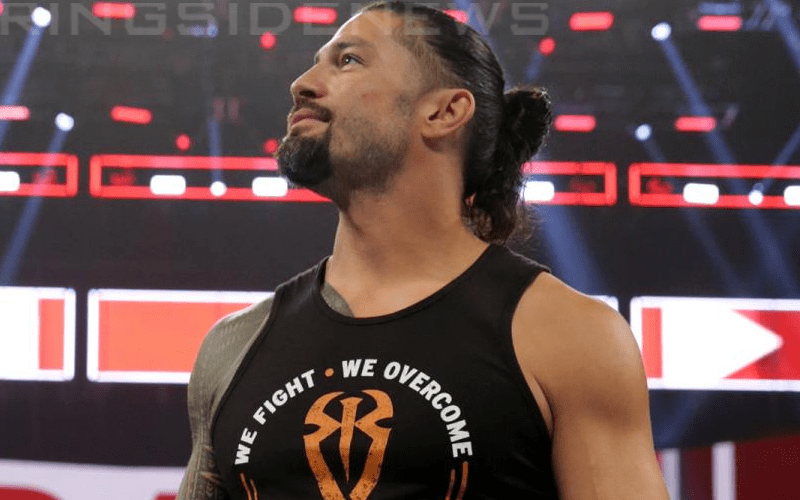 Roman Reigns revealed on WWE Chronicle that he has CML which is chronic myelogenous leukemia. This is one of the less dangerous forms of the disease, but Roman considers himself lucky that they were able to catch it so soon.

Reigns said that he started to feel tired out of the blue before his diagnosis. His blood work came back with elevated white blood cells and WWE’s doctors including Dr. Chris Amann knew what it was considering Roman Reigns’ history with leukemia.

CML hits almost exclusively adult males. It is incurable but easily treatable. Roman Reigns spoke about his treatment and is grateful for the medical advancements that allowed him to avoid y.

They make a pill which is oral chemotherapy. Roman Reigns said it isn’t close to true chemotherapy. There are side effects, but it is a better treatment process which allowed Roman to maintain his life in many ways.

Reigns said that oral chemotherapy is a huge breakthrough and “a win.” He said the main side effect for him was arthritis, but “I’ll take a little bit of arthritis rather than go through radiation every day.”

Roman said that he stayed on his couch for the first couple of months after his leukemia announcement, but he got back to working out and focusing on his return. It happened far sooner than he expected as he expressed doubt that he would be able to return at all.

Thankfully, Roman Reigns was able to get his leukemia in remission so soon, but he did wonder why it happened for him while so many others are still battling the disease.