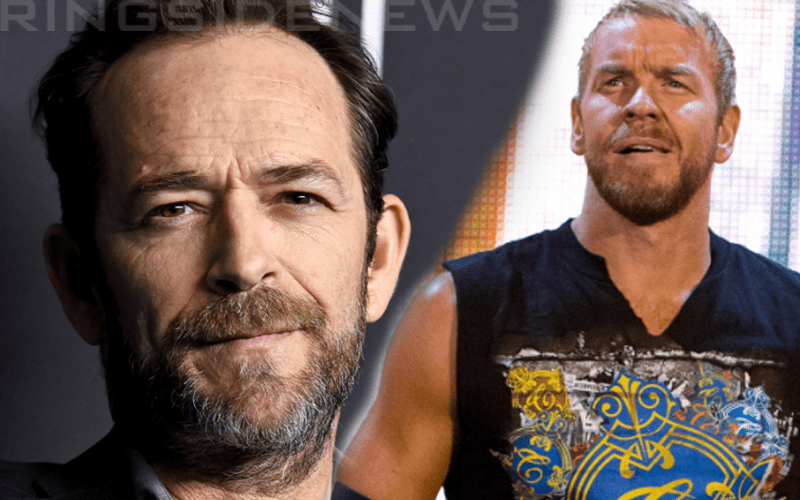 Luke Perry passed away at 52-year-old this week after suffering a major stroke. He left behind worlds of memories and what is going to happen on even a huge show like Riverdale where he had a lead role isn’t even a consideration in a time of mourning like this.

Christian paid some huge respects to Perry during E&C’s Pod Of Awesomeness. He told a story about how much 90210 meant to him as he started his career in pro wrestling. Captain Charisma was able to tell Perry how much it meant to him years later and it was an encounter that he will never forget.

“You know that I was a huge 90210 fan to the point where when I was first starting to wrestle and I’d go away for 2-3 weeks at a time and I would call home every week and I’d call from a pay phone or whatever and I’d call my mom and say, ‘You’re recording 90120 for me, right?’ And I’d go home and my first day back I had a VCR in my bedroom and I’d lay in my room and watch a month’s worth of 90210 on like the first night I got back from whatever tour it was.”

“Fast forward all these years and I see him standing backstage with his son who is now a wrestler [Jungle Boy] at the Staples Center I think it was like 2010 I wanna say. I was standing there with The Pirate Paul Burchill, Zack Ryder, myself and somebody else was with us I can’t remember off the top of my head.”

“We were all standing there trying to get the guts to go up and talk to Luke Perry and we’re like, ‘You should go, you should go.’ I said, ‘I’ll settle this for you guys if he’s going to recognize anybody it’s probably gonna be me, maybe I should go.'”

“So I walk up to him and I say, ‘Excuse me, Mr. Perry’ and he turned around and says, ‘What’s up Christian? Big fan!’ and we started shooting the sh*t like he was that easy to talk to and I was standing there star struck and you know he’s talking to me about my matches and what big fans they are and they know all the storylines and what’s going on.”

“So I told him that story about my mom recording all the 90210’s for me and that was the one thing I looked forward to when I was coming home that I could just lock myself in my room and watch it. He looked at me with all sincerity in his eyes and he put his hand on his chest and he said, ‘That really warms my heart to hear that.’ And you could tell — cause you can tell when someone is pulling your leg a little bit or when someone is completely sincere — he was so sincere and you know, we took a picture. We chatted again and then fast forward we had him on the Edge & Christian Show and he was super down for whatever stupid stuff we wanted to do on the Edge & Christian show. He was so funny. He didn’t just rush on and rush off, he hung out for a while even though it was over a satellite feed.”

Christian said when you meet someone that you idolize you can only hope that they turn out to be like Luke Perry.

The world is not even beginning to really understand how much Luke Perry will be missed as he was taken far too soon. During his life, he touched millions of people through his years in the entertainment business. His legacy is just getting started as his son now continues in the pro wrestling business which is a sport that they both loved so much.