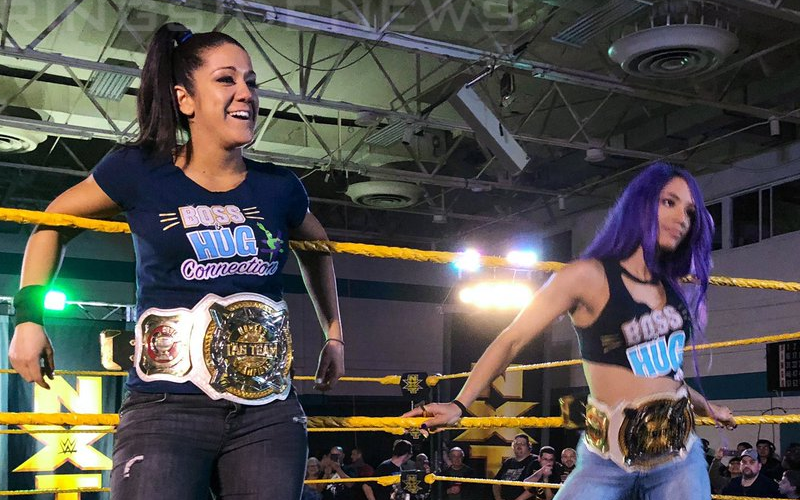 You never know what can happen when you buy a ticket to see a WWE show live, especially an NXT event. WWE Superstars were in Tampa for the big WrestleMania 36 reveal including Sasha Banks and Bayley. They were obviously still in the mood to entertain so they dropped by their old stomping grounds.

The Boss n Hug Connection surprised the live crowd at NXT’s event in Largo Florida. Those events are the kind where you never know who will show up and this lucky crowd got to see the WWE Women’s Tag Team Champions days before their first title defense.

Banks and Bayley will defend their titles against Nia Jax and Tamina Snuka at WWE Fastlane. That might be a powerful team to go against, but they didn’t seem that worried in Largo.

They couldn’t help themselves from stopping by seeing how the press conference was so close to the NXT show. The Boss n Hug Connection took some time to explain how much it means to them to bring those titles back to NXT again and they received a huge ovation for the appearance.