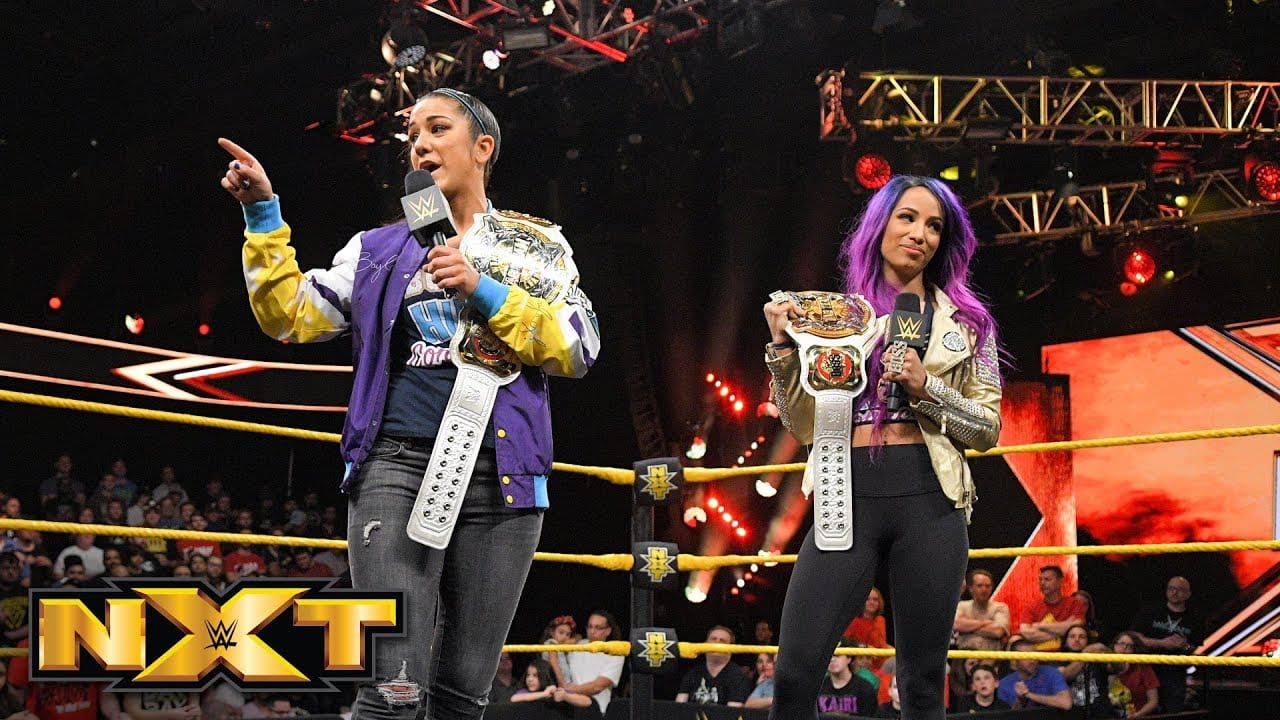 WWE superstar Bayley has revealed which two superstars really help out her and Sasha Banks, as the duo prepare to defend their Women’s Tag Team Championships this weekend at Fastlane.

Bayley & Sasha’s on-screen relationship has been a little bit complicated over the course of the last twelve months or so, with some fans believing they’ll turn on one another and others questioning whether or not their storyline has all too much heat.

Either way, though, they can both call themselves champions once again in WWE after winning the belts at Elimination Chamber, and that can only mean good things for both women moving forward.

During a recent interview with Mirror Sport, however, Bayley revealed that there are two superstars in particular that help out the duo behind the scenes.

“Sasha and I are so lucky to have The Revival on Raw with us and we’re so lucky to be such good friends with them because they help us so much in understanding the why in so many things. They teach us the psychology of actually being a tag team – people don’t understand that.”

We’ve all seen the backstage shots of the two tag teams together, and it seems as if it stretches beyond them just being friends to the role of mentors. Dawson & Wilder are considered to be one of the best tag teams in the world today, so it’s no surprise to hear that Banks & Bayley have been benefitting from some words of advice from the champs.