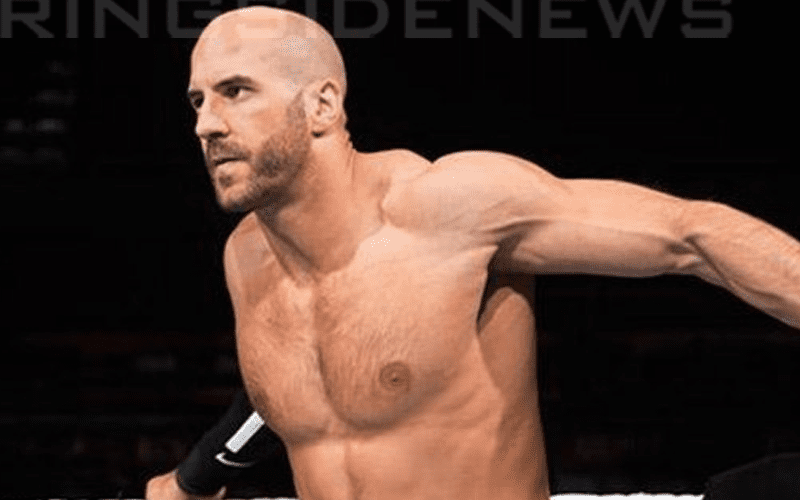 Cesaro and Sheamus lost the SmackDown Tag Team Titles at the Royal Rumble event which is generally considered as the beginning of the road to WrestleMania. However, as Cesaro recently spoke to The Citizen’s Voice, he revealed that his road to the show of shows starts on the day after the previous year’s event.

Cesaro takes his job very seriously and is always focused on the next step. Therefore, WrestleMania 36 will be on his mind from April 8th on.

“To me, the road to Wrestlemania always starts the day after (the last) Wrestlemania,” Cesaro said in a phone interview. “It’s a year-long road, but this is the home stretch. If you watch any race, it’s where you start to sprint. It’s definitely the fun part of it. You saw last week on ‘Smackdown’ and ‘Raw,’ there’s a lot of people coming back, there’s surprises. There’s a lot of stuff happening. It’s definitely the home stretch.”

“It’s definitely a lot of moving parts. Last week, you had the McMahons bring back Kevin Owens. On ‘Raw,’ they suspended Becky Lynch. That’s why people keep coming back — you never know what’s going to happen.”

You never know how WWE could use Cesaro at WrestleMania this year. Hopefully, they will find a place for him and Sheamus. After all, the SmackDown Tag Team Titles are already rumored to be defended in a dream match, but there could always be room for The Bar.