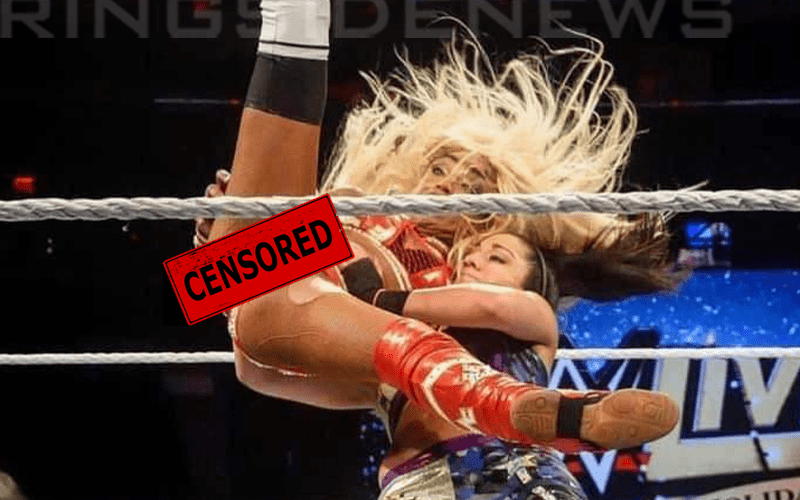 Sometimes things don’t work out as they’re supposed to. You never know what can happen in pro wrestling because if your wardrobe doesn’t quite agree with you there can be an unfortunate incident. This is what happened to Alicia Fox.

Sasha Banks recently had a wardrobe malfunction on live television and WWE needed to black out the cameras. Becky Lynch had an unfortunate incident during the Royal Rumble as well and WWE also blacked out the camera feed. However, that can’t be done at a house show, especially when a fan takes a photo at the right moment.

A picture of Alicia Fox is appearing online and it shows her in the middle of a suplex thanks to Bayley. The move was successful, however, Alicia Fox found herself in an awkward situation when her tights seemed to ride up and expose her lower portion for the crowd. This happened to be the exact moment when someone at ringside snapped a picture.

This photo appears to be the genuine article, but we won’t be showing it uncensored here. If you would like to see it, you can check out our Instagram page.

In case you’re wondering, WWE doesn’t like it at all when this kind of thing happens and the policy generally dictates that it is the performer’s fault.