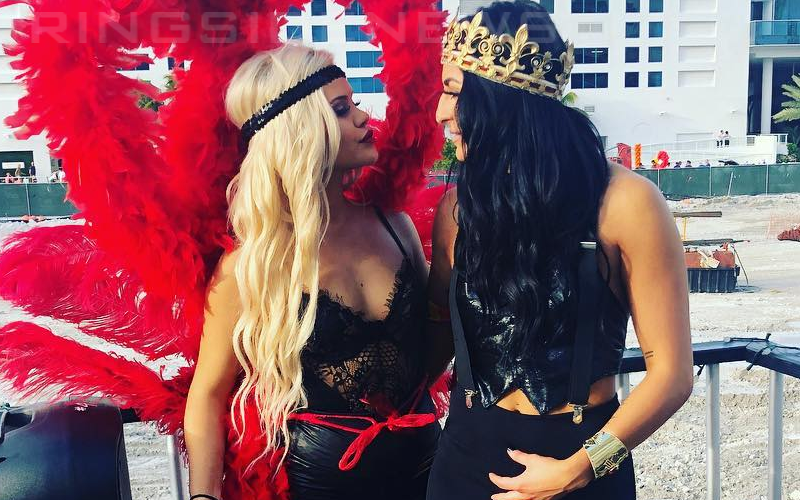 Sonya Deville is proud to be WWE’s first openly lesbian Superstar. She accidentally came out on national television during Tough Enough and has not been in the closet at all since then.

Deville will be spreading her message as a cast member on Total Divas and she was recently at Fort Lauderdale’s Gay Pride festival with the Total Divas cameras filming away.

Deville and her girlfriend were featured in the parade as well and were not shy about showing their affection in public. Deville said that they were the King and Queen after all. It was a pride parade and that is a big part of what the celebration is all about.

You can check out some pictures of the two of them below. They looked to be incredibly happy and we will probably see much more of them on Total Divas when it returns for another batch of episodes.