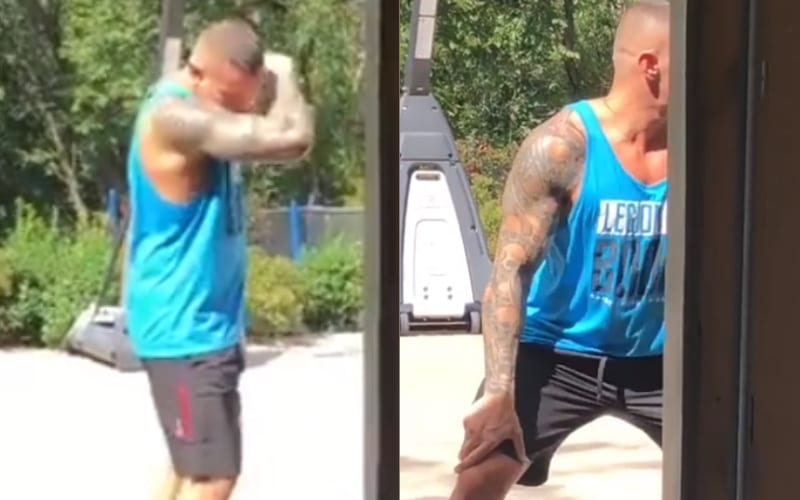 Randy Orton is a gifted sports entertainer. It turns out that he is also a pretty talented dancer as well. The Viper was recently teaching his son a few moves. What he didn’t expect that his wife Kim was recording him the entire time.

You can check out Orton’s dance moves as he transitions seamlessly from one move to the other just like how he performs in the ring. Except he doesn’t literally dance in the squared circle.

Maybe Randy Orton could join R-Truth and Carmella for their next seven-second dance break with moves like this.