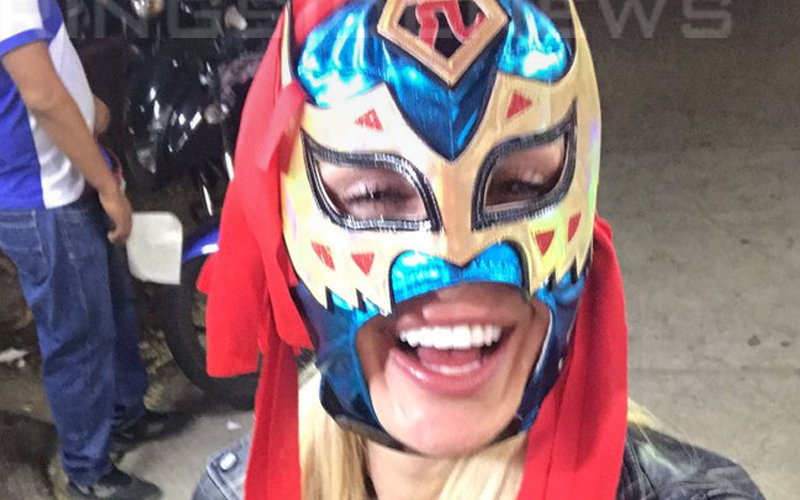 Charlotte Flair is set for a WrestleMania match against Ronda Rousey in an encounter that will most likely main event the entire show. However, that match will also end up as a triple threat match when Becky Lynch is inevitably put back in the match.

Flair was recently in Mexico where she said that she was getting some lucha libre training from a “top secret” source. We have a few guesses of who could have been training Flair because she also posted a selfie with Rush. However, her boyfriend Andrade could have also lent a helping hand as well.

I’ll work on my Twitter game after Mania. For now, Lucha Libre training in Mexico City with my “top secret” trainer #volaqqueen

It looks like Charlotte Flair is going to let Becky Lynch and Ronda Rousey continue their back and forth on Twitter while The Queen focuses on bettering her game. This is a very interesting development because you never know if she could be planning some new lucha libre spots in her arsenal.