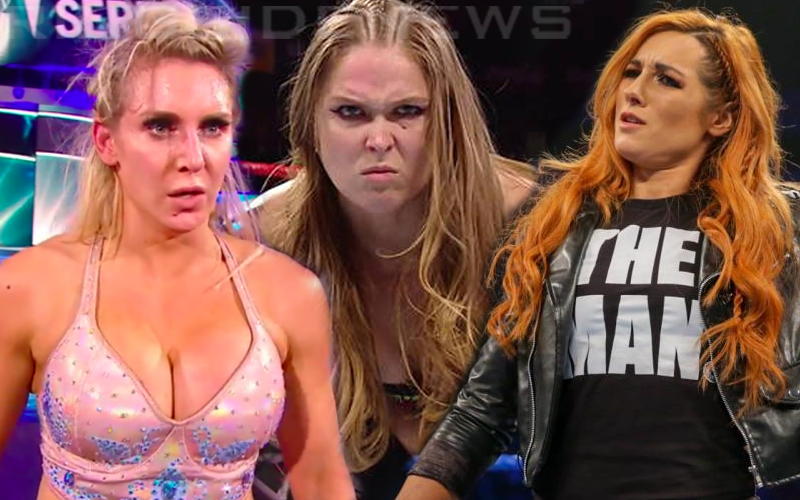 WWE WrestleMania is currently booked to feature Ronda Rousey vs Charlotte Flair in a singles match. However, all the WWE Universe can do is talk about the fact that Becky Lynch isn’t in that match and The Man certainly noticed.

In fact, all Charlotte Flair and Ronda Rousey can seem to do is fire shots at Becky Lynch and she’s not even in their match… yet. The Man sent out a pretty great tweet while pointing out this inconsistency in focus.

@RondaRousey meet @MsCharlotteWWE. Char meet Ronnie. Just thought I’d introduce you two because you’re supposed to be fighting each other at Wrestlemania, but all either of you about is me.

I say “talk” but mumble and shout would be more accurate.

Rousey and Flair have certainly met before. They faced each other at Survivor Series after Becky Lynch was pulled from the match. We will have to wait and see what steps WWE takes to get Lynch back in that WrestleMania match and with WWE Fastlane coming up very soon it seems like a perfect time.