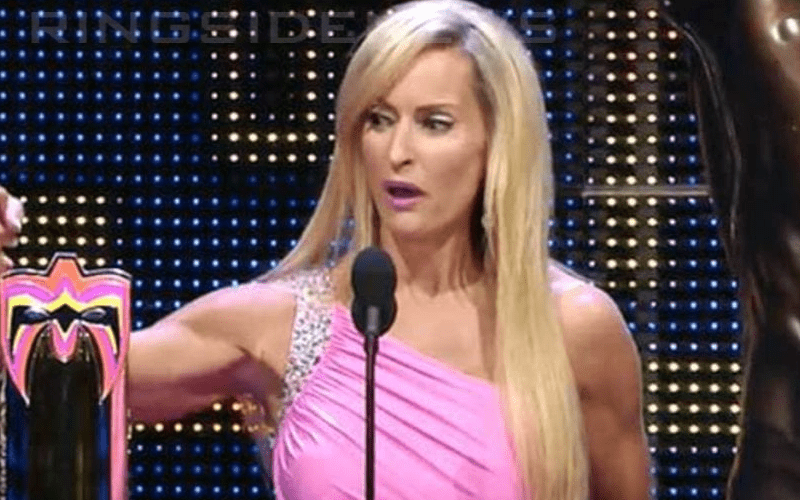 Dana Warrior joined the WWE creative for a role to add a perspective to WWE. Of course, WWE already has women on the creative team, but Warrior was around to add her viewpoint.

PW Insider reports that Dana Warrior was shadowing the WWE writers this week on RAW. She was learning the ropes and also sat in on the production meeting.

Warrior was not officially hired by WWE as a member of the creative team, but they were trying her out for a possible role. If things work out, it was also noted that this could become a full-time gig for Dana Warrior.

At this time, Dana Warrior is still a brand ambassador for WWE and also has a podcast called Total Warriors. It will be interesting to see what kind of input she will provide.