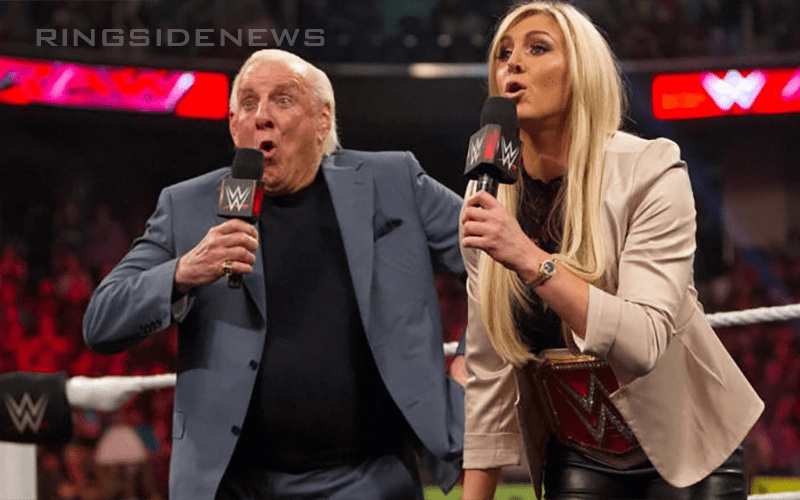 Charlotte Flair was announced on Monday for a WrestleMania main event against Ronda Rousey. Her father Ric Flair also had a very busy week because it was announced that he will be appearing at Starrcast.

Of course, Ric Flair’s son-in-law Conrad Thompson is running the Starrcast event. That happens to make Thompson the brother-in-law of Charlotte Flair. This connection was not lost on the Flairs either because Ric held off on making a Starrcast announcement as to not risk Charlotte’s Mania match against Ronda Rousey.

Dave Meltzer noted on Wrestling Observer Radio that Ric Flair waited until Charlotte Flair was officially in the WrestleMania match for a reason. He didn’t want to announce his Starrcast participation until his daughter was in the match as to not risk the chance of Charlotte losing her coveted Ronda Rousey match.

Apparently, the thought Ric Flair had was if WWE found out that he was working for the Starrcast event, his daughter could have lost out on her WrestleMania match. This is why he waited. It’s unclear whether this concern was justified, but we won’t know at this point because he used such a clever strategy in waiting to make his announcement before WWE revealed their’s.