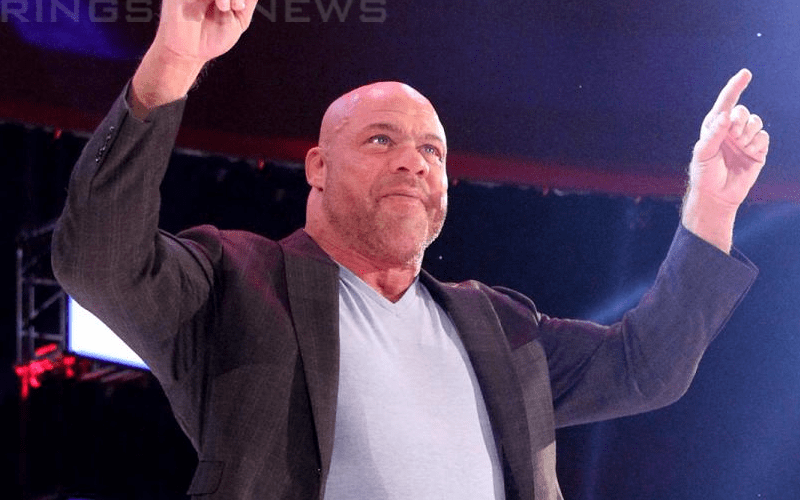 WWE still has Kurt Angle around, but he is not a full-time Superstar at all. He is being booked sporadically as a babyface right now and he was recently protected by Braun Strowman in a tag team match.

Angle is experiencing the twilight of his career. As a WWE Hall Of Famer already, he has accomplished a lot. Now it seems that the end of his career is very close.

Brad Shepard reported on Oh, You Didn’t Know that Kurt Angle’s final match seems to be in the works.

“Kurt Angle is definitely on his way out. WrestleMania 35 may in fact be his last Mania.”

If Kurt Angle does wrap up his career at WrestleMania he will still be a legend in this business. Perhaps he could remain on-screen in a non-wrestling role, but it looks like Angle’s time in the ring is coming to a close very soon.