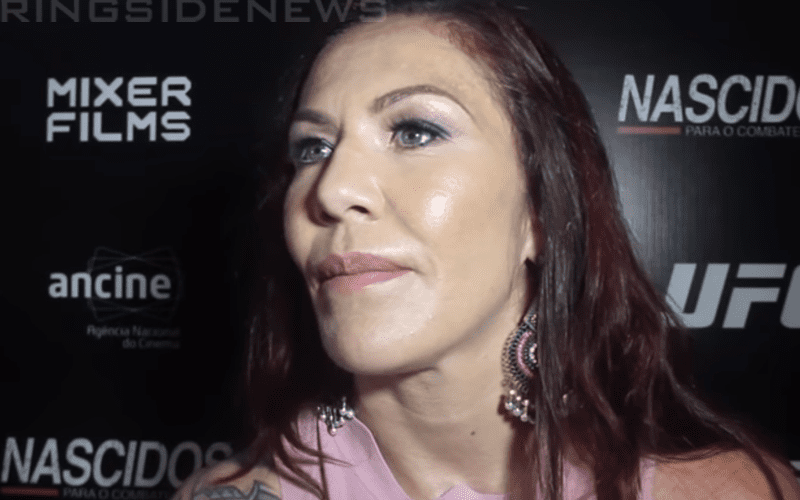 Cris Cyborg made a lot of people pay attention when she posted a picture outside of the WWE Performance Center. We reported that there are no serious talks between her and WWE. That won’t stop fans from wondering what is going on.

Cris Cyborg spoke to MMA Fighting where she was asked about this stop at the WWE PC. She replied that she was actually at the WWE Performance Center to simply visit. She doesn’t seem to have any interest in joining WWE right now because she has her eyes set in avenging her loss against Amanda Nunes.

It doesn’t seem like Cris Cyborg is taking pro wrestling too seriously. She has commented in the past about how selling makes no sense to her. The art of making it seem like you are hurt when you’re not might seem like acting to an MMA fighter like Cyborg, but we love it.

It is also hard to deny that Ronda Rousey vs Cris Cyborg would sell a ton of tickets if WWE could put together a match that UFC couldn’t.