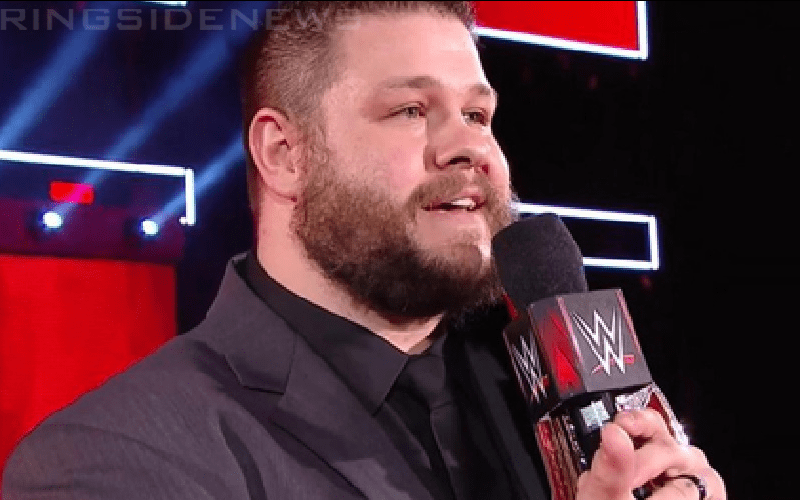 Kevin Owens has always been a likable character because even as a heel it is apparent he is having fun. Now he is set for his WWE return in one month’s time and KO appeared on RAW to cut a bowling ally promo only to sink a gutterball.

Dave Meltzer noted on Wrestling Observer Radio that Kevin Owens is going to be working as a babyface upon his return to the company. There is also a pretty entertaining plan for him in conjunction with that turn.

“The idea is he’s the anti Mr. Perfect. I guess the idea is that Kevin Owens is your everyday guy, you know like your next door neighbor who is a complete athletic clod.”

It was said, “okay that’s nice and well and good,” but fans might not want to pay to see a nonathletic Superstar. This could be especially frustrating seeing how Kevin Owens has lost some weight since his WWE hiatus as well. We will have to wait and see, but KO as a babyface could be very entertaining. Let’s just how WWE is able to make it work.