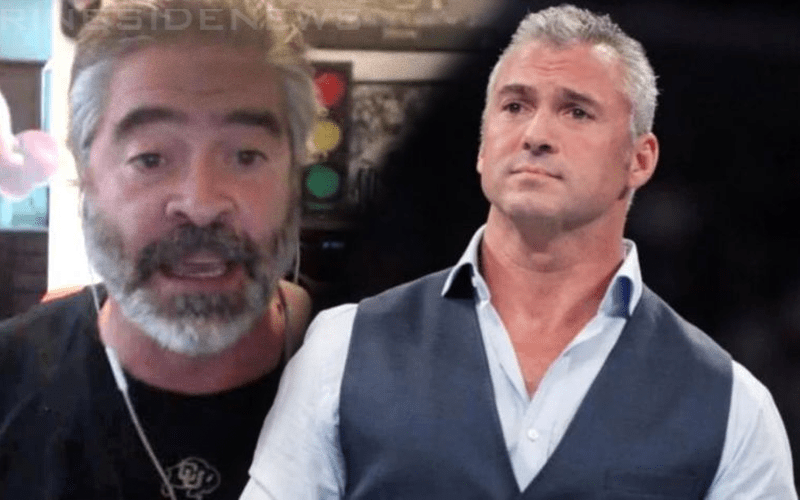 Vince Russo only spent five years working for WWE, but his contributions to the product helped spawn one of the most profitable eras in the company’s history when it came to getting revenue from fans. Now WWE has their own way of making a huge profit with television and foreign investment deals to spread propaganda.

Vince Russo recently revealed on his Truth Of Consequences Patreon that he recently had an email conversation with Shane McMahon about WWE. Ringside News has been able to obtain a transcript of that revelation.

Russo’s concern is that the company isn’t doing enough to generate interest from fans in a climate that is about to dramatically change with All Elite Wrestling beginning their operation.

“I know this AEW thing is starting. I know they have not done anything despite the whole [McMahon family] coming out. I hate Monday and Tuesdays in my life. I hate it.”

Russo said, “what I’m saying is without saying it is, ‘bro, your show sucks.” However, since he is loyal to the McMahon Family, Russo is more than welcome to help out if he can.

WWE is in great financial shape with the television deals and Saudi Arabia arrangement. However, as a fan, Russo is concerned. Fans aren’t watching WWE as they used to and there is a reason for it. He offered to allow any McMahon to pick his brain. Russo said he didn’t say it directly, but it was alluded to.

Vince Russo said the days of him working full-time in Stamford for WWE are “long gone, it’s over. That could never happen.” However, he is more than willing to help.

According to Russo, he received a reply from Shane McMahon directly after that.

“So Shane writes me back almost immediately, right? And he goes, ‘Vince, great to hear from you’ he tells me how his kids are doing. This, that, and the other thing blah, blah, blah. Here’s what he says, you ready?”

“‘I’ll pass it along.’ So now I’m like, are you guys that ignorant? Like seriously? Not for anything, your show sucks. The numbers indicate you are losing viewers on a weekly basis. There’s no light at the end of the tunnel. You don’t have that guy that’s gonna save the day.”

“You’ve got a new up-start wrestling promotion with a lot of money. You’ve got a guy here [Vince Russo] who whether you like it or not was instrumental in drawing you the highest ratings.”

“I said to Shane in the previous email, I said, ‘Shane not being so close to it I have a much different perspective you know sitting on the outside that might be able to help you.”

Shane McMahon’s response saying, “I’ll pass it along” got Russo a “little hot” as he put it. WWE is producing five hours of sports entertainment every week and it doesn’t seem to be working as well as it has in the past.

A lot of WWE’s decisions might eventually snowball into the company’s downfall. They are plenty stable enough right now to be a wise investment as they continue to spread their influence across the globe.

It is still possible WWE might get too comfortable sitting at the top, but as long as they have money being piped into the company, caring about actually approaching their product with the help of Vince Russo doesn’t seem to be something they are interested in.

Thanks to Cassidy Haynes of Bodyslam.net for the tip