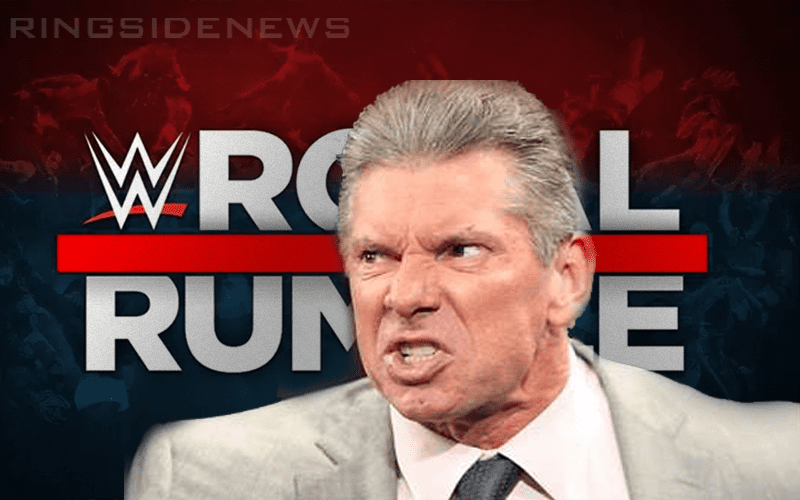 Vince McMahon has a vision of how he wants things done and when his plan doesn’t work out people have a problem. The Royal Rumble was a huge event and stretched over seven hours in total, but the Women’s Royal Rumble match got The Chairman’s blood boiling.

The Women’s Royal Rumble match was noticeably troublesome if you had a stopwatch going. The entrance intervals were nowhere close to being what they should be. In fact, some of them were over two minutes. This was due to the fact that the women took so long to execute certain spots.

We have been told that Vince McMahon and Kevin Dunn were both extremely upset during the Women’s Royal Rumble match. One of the biggest points of contention wasn’t the length of the match though, it was the angles that the cameras shot the action.

It’s not a new thing for vulgarities to fly around a production truck. It might not have been a pleasant experience to be that close to either McMahon or Dunn during the Women’s Royal Rumble match, that’s for sure.