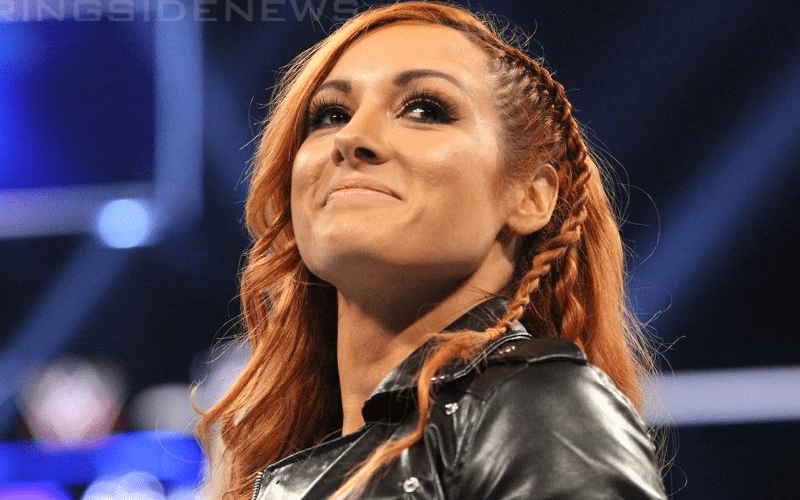 Becky Lynch is currently suspended because she won’t see a doctor and get her knee checked out. Of course, this is kayfabe, but it is still an angle that WWE is treating as legit.

In spite of Lynch’s “suspension,” she is advertised for the SmackDown house shows over the weekend. However, she was pulled from one event on Monday.

Seeing how The Man was yanked from Monday’s WWE live event, it would give a lot of weight to the idea that Becky Lynch will be showing up on Monday Night RAW once again. This time she will likely be uninvited.

You never know what can happen in WWE, but it wouldn’t be a huge surprise to see Becky Lynch pop up when you least expect her to continue her feud with Ronda Rousey, The McMahons, or both at the same time.