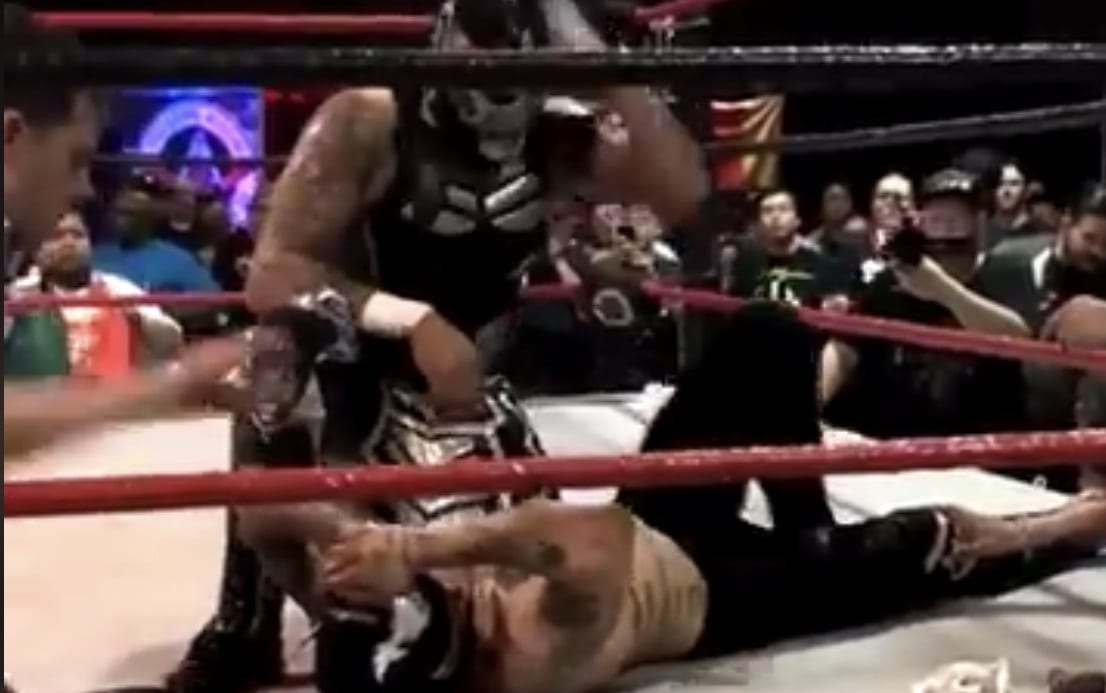 Fenix and his brother Pentagon are lighting up the indie wrestling scene. They would probably have top dollar contracts if they weren’t held hostage by Lucha Underground.

The Lucha Bros and The Young Bucks are set to face off in a dream match at Double Or Nothing. However, Fenix might have suffered another injury.

Fenix needed to take some time off last year because he suffered from a groin injury. Now he might be hurt again. This happened during an AAW wrestling show on Friday night. As you can see in the video below, Pentagon was right there for his brother to make sure he was okay.

Hopefully, Fenix isn’t injured badly. At this time there is nothing 100% clear, but it is still a pretty scary situation. Let’s hope for the best.