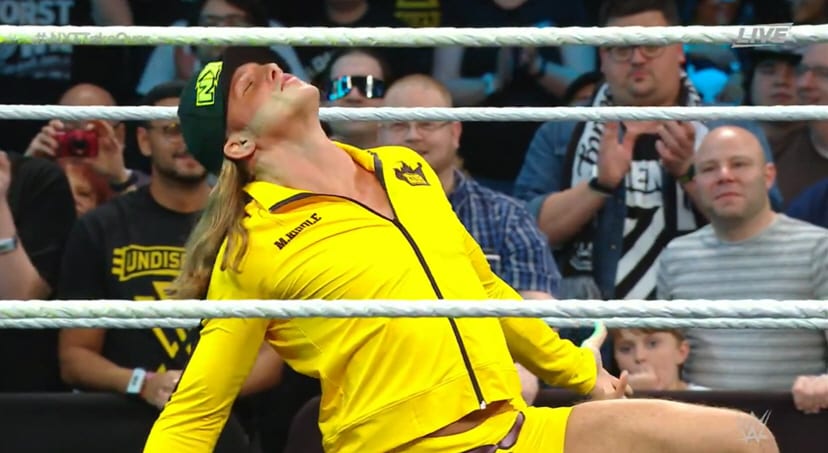 Matt Riddle made a name for himself inside the cage for the UFC before making a jump to pro wrestling. WWE waited until Riddle was ready and now that the King Of Bros is in NXT everyone is waiting to see what his next step is.

It looks like WWE is putting the marketing machine behind Riddle because they just gave him a sick t-shirt. WWE’s design team obviously put a little more work into this design because it is unique.

Now you can wear a shirt that says “Original Bro” on it. There is a very cool little feature where it says “EST 2015” which is when Riddle actually made his jump to pro wrestling on February 7, 2015, at the Monster Factory in Paulsboro, New Jersey.

If this t-shirt sells as well as it should then WWE might get a clear message that Riddle needs much more attention. Samoa Joe and AJ Styles are two other examples of their debut t-shirts flying off the shelves so WWE gave them a much bigger focus.